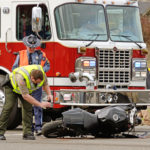 Across Tennessee and the United States, motorcycle accidents are some of the deadliest incidents on the road. In fact, according to 2013 statistics, motorcyclists were 26 times more likely to die in a crash and five times more likely to be injured than drivers and passengers in other types of vehicles. Though the number… Read More » 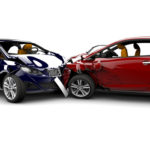 Which is worse, the car accident or its aftermath?

There are few things more distressing than the moment you find yourself getting into an accident with another car. Even a collision that is not as terrifying as when a drunk driver crosses the centerline and heads straight for you can still be a moment in your life that you will never forget, especially… Read More » 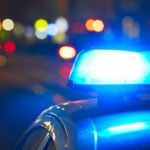 It can be difficult for police to determine the cause of a serious motor vehicle accident. Sometimes, as was the case in the deadly collision between two Knoxville school buses, it can take months before an accident investigation provides police with the evidence needed to draw a conclusion. Six months after the accident, Knoxville… Read More » 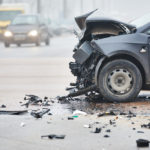 Not all multi-vehicle car accidents are the result of just two cars. Sometimes more than one driver can be at fault for your injuries. Take as an example an accident that happens when you are legally moving through an intersection and another driver makes an improper turn in front of you, causing a collision…. Read More » 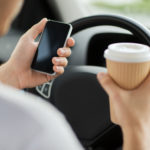 The dangers posed by a distracted driver are recognized as a leading cause of car accidents. Texting and driving can divert a driver’s attention from the road and the act of driving just long enough cause an auto accident. Researchers are becoming increasingly concerned about the driving habits of younger motorists who seem to… Read More » 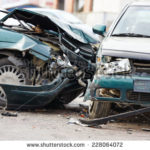 What happens if the other side blames me for the accident?

How car-pedestrian accidents happen, and why

Government studies have generally been careful not to assign the majority of fault to either drivers or pedestrians when it comes to who is to blame for pedestrian accidents, and for good reason. Walking across the street while looking down at your smartphone and listening to music on a noise-reduction headset can be just… Read More »

Road fatalities in Tennessee dropped to less than 1,000 last year

If you were pulled over and cited at some point in 2013, you are certainly not alone. Tennessee state troopers increased the number of DUI arrests made last year and issued more seat belt and child restraint device citations. But this was not just increased enforcement for its own sake. It was in pursuit… Read More »

Distracted driving may be the defining safety issue of our time

There are a lot of safety innovations and safety laws that we now take for granted. They are so commonplace, in fact, that it is hard to imagine a time when they did not exist or were not considered common practice. As just one example, consider seat belts. Seat belts only became standard issue… Read More »