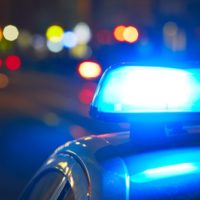 It can be difficult for police to determine the cause of a serious motor vehicle accident. Sometimes, as was the case in the deadly collision between two Knoxville school buses, it can take months before an accident investigation provides police with the evidence needed to draw a conclusion.

Six months after the accident, Knoxville police announced that a distracted driver caused his bus to cross a median and crash into another bus coming from the opposite direction. The crash resulted in fatal injuries to two children and a 46-year-old teacher’s aide riding on the bus that was hit.

According to the accident investigation, there was evidence that the bus driver was texting and driving before his vehicle veered into oncoming traffic. Police will not be filing criminal charges because the negligent driver suffered serious injury in the accident and died recently.

Even though the death of the negligent driver precludes his prosecution on vehicular homicide charges, a civil lawsuit to establish the liability of the owner of the bus for the wrongful death of the victims who suffered catastrophic injuries has already been filed. The lawsuit would seek damages for the relatives of the deceased victims based upon the negligence of the driver of the bus. Damages might include pain and suffering, medical expenses and other compensation from the negligent party.

Liability in car accidents and other motor vehicle collisions depends upon the ability of the victims or, in the case of a wrongful death case, the family or estate of the victims to prove that the accident was caused by a negligent driver. This particular accident illustrates the difficulty of proving liability and the important role an accident investigation can play in uncovering evidence pointing toward the conduct of a negligent party.