What happens if the other side blames me for the accident? 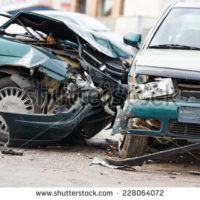 In the aftermath of a car accident it is not uncommon for both sides to remember the event very differently. Similarly, it is not uncommon for both sides to believe that the other side was at least partly to blame for the collision. In Tennessee this disparity of recollection could often work as a legal defense: for the law used to be that if a plaintiff was contributory negligent in causing his or her own injury, that contributory negligence worked as a bar against any recovery in court.

This common-law rule of contributory negligence, which dates back to the early 19th century, could and did lead to instances of injustice when a defendant who was primarily at fault could simply point to some negligent act of the plaintiff and win the case outright. Tennessee courts attempted to find ways to lessen this phenomenon by tweaking the contributory negligence rule with exceptions, such as the “last clear chance” doctrine or parsing language such as whether a person’s negligence was “gross” or “remote”.

In 1992 the Tennessee Supreme Court did away with the doctrine of contributory negligence and replaced it with a new pattern of “comparative fault”. Today, instead of the old all-or-nothing common-law contributory negligence standard under which the plaintiff effectively had to be faultless in order to recover, as long as the defendant is at least 51 percent at fault then the plaintiff can still recover damages and a jury award subject to a reduction in that award based on the plaintiff’s percentage of fault.

In other words, if you are involved in an car or motorcycle accident with another vehicle and the case goes to trial, as long as the jury finds that the defendant was primarily (that is, at least 51 percent) to blame for what happened, then you can recover damages; but if in the opinion of the jury the defendant was 60 percent at fault and you were 40 percent at fault then any award of damages you would receive would be reduced by 40 percent.

The doctrine of comparative fault in negligence actions has its critics, but at least today Tennessee is among the majority of states that no longer require plaintiffs to effectively be saints in order to recover anything in a civil action.