Under normal circumstances, a person can be held liable when they fail to follow traffic rules and a car accident results. For example, if you run a red light and collide with another vehicle that was obeying the traffic signal, the law presumes you are at fault for the accident. But there are exceptions… Read More » 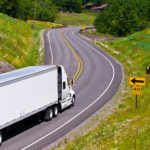 Tennessee and federal laws and regulations that implement those laws govern the safe operation of commercial trucking companies and their employees. At the state level, the Tennessee Highway Patrol Commercial Vehicle Enforcement Division is responsible for inspecting commercial vehicles and driver logs, patrolling highways to safeguard against truck traffic violations, and weighing commercial vehicles…. Read More » 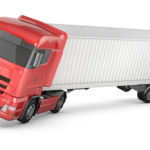 A fatal truck accident involving nine vehicles has drawn the scrutiny of twice the number of investigators from the National Transportation Safety Board than would normally have been assigned. Preliminary work by the investigators revealed evidence that appears to be placing blame on a truck driver. Investigators revealed they were reviewing the trucking log… Read More »

How can vicarious liability apply in a truck accident?

Commercial truck drivers are on the road at the behest to someone else, commonly for their employers. Whenever a truck gets into an accident with another vehicle, the question frequently arises as to how the employer of the truck driver may also be liable in a negligence-based legal claim. The starting point in this… Read More »

Tennessee residents who have been injured in a trucking accident may wish to learn more about the procedure for settling a resulting personal injury claim. Settling a claim is often pursued as an alternative or adjunct to a personal injury lawsuit. The settlement talks and civil case may be held concurrently, but the plaintiff… Read More »

Although a settlement for comedian James McNair was settled out of court for an undisclosed amount, the trucking lawsuit accident involving McNair and comedian Tracy Morgan is still in the spotlight. One source reports that if Congress chooses to permanently suspend regulations against trucker fatigue, Tennessee truckers would be able to work up to… Read More »

Under rule, truck drivers no longer fill out paperwork

Tennessee drivers may be interested to learn that, on Dec. 18, truck drivers will no longer be required to fill out daily paperwork. Not only is this law expected to save the trucking industry an estimated $1.7 billion every year, the law supposedly does not compromise safety. In the past, truck drivers were required… Read More »

It was less than six months ago that a bus accident in Tennessee killed eight people and injured an additional 14. The group of senior citizens aboard the bus was a church group on its way home to North Carolina from a religious gathering when the accident occurred on Interstate 40 near Newport. The… Read More »