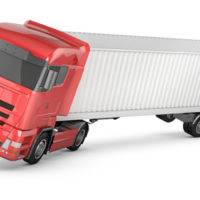 A fatal truck accident involving nine vehicles has drawn the scrutiny of twice the number of investigators from the National Transportation Safety Board than would normally have been assigned. Preliminary work by the investigators revealed evidence that appears to be placing blame on a truck driver.

Investigators revealed they were reviewing the trucking log in which the driver recorded the number of hours he drove and rested. This might indicate if truck driver fatigue was a contributing factor in causing the accident. The driver’s cellphone records are also being reviewed to determine if talking on the phone or texting might have created a situation involving an inattentive truck driver.

Early results of the investigation disclosed the possibility that the accident might have been the result of an unqualified truck driver or, at the very least, an inexperienced driver. As it turns out, the truck driver was in his first week as an employee of the trucking company.

Other facts that have come from the investigation are that the driver was involved in another accident the day before the fatal collision in Tennessee, and he also has criminal charges pending related to possession of an illegal prescription. Whether these will have any bearing on the accident that is under investigation will have to await a final report.

A thorough investigation may be the only method of determining the cause of a serious semi truck accident. Only after all evidence has been analyzed will investigators be in a position to draw any conclusions who or what caused the accident.

Serious truck accidents with catastrophic injuries frequently involve complex legal and factual issues. A Knoxville personal injury attorney might be of assistance to victims of truck accidents in pursuing claims for damages.