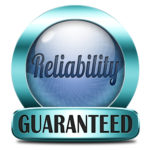 What is strict liability in reference to products liability?

In Tennessee and elsewhere the concept of products liability is that sometimes a company may make something that at the time it is designed or built is inherently and unreasonably unsafe to its intended customers. Anyone who suffers an injury or loss from using such a product, or surviving family members of a person… Read More » 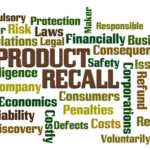 When can a seller be liable for product liability?

Products liability claims usually center on the manufacturer of an item. The theory of liability is that at some point during the design or manufacture of the product it becomes unreasonably dangerous to people who use it in the way that it was meant to be used. Thus, for example, a car with a… Read More »

A dangerous product does not care if you act reasonably

When it comes to identifying negligent behavior, Tennessee tort law refers to the idea of the “reasonable person.” Even though this individual is something of a myth — he or she is not a real person, just a model of behavior — most of us try to emulate his or her conduct as we… Read More »

The concept underlying products liability in Tennessee and elsewhere is that sometimes a company may make something that when it is designed or built is inherently unsafe to its intended customers. Anyone who suffers an injury or loss from using such a product, or surviving family members of someone who dies as a result… Read More »

Scope linked to “superbug” outbreak not cleared by FDA

In an incident that could be of interest to Tennessee residents, the U.S. Food and Drug Administration reports that the manufacturer of a medical instrument linked to an infectious “superbug” outbreak in California did not have clearance from the federal agency to sell the device. The instrument, a redesigned version of a specialized endoscope… Read More »

In a case that may be of interest to many Tennessee women, a Texas court has ordered a major medical supply corporation to pay millions to a woman found to be injured by one of its products. Boston Scientific Corp., provider of vaginal mesh used in procedures throughout the country, was ordered to pay… Read More »

Pfizer lawsuits over Lipitor could rise into thousands

Individuals in Tennessee who developed type 2 diabetes after taking the prescription drug Lipitor may have heard that a number of lawsuits have been filed against its manufacturer Pfizer. The number is so high that a federal judicial panel has decided to consolidate the lawsuits. They will be heard in Charleston, South Carolina, starting… Read More »

Failure to recall Graco car seats may lead to lawsuit

Parents who strap their kids into car seats are literally trusting the makers of these car seats with their children’s lives. How safe car seats are can be the difference between the life and death of children who are involved in vehicle accidents in Tennessee. One company has been urged to recall its car… Read More »

Product safety testing is a messy job, but one that is vitally important. Manufacturers often hire testers to use, misuse and abuse their products in nearly every conceivable way in order to determine when the products are likely to break down and what happens when they do. The goal is to ensure that even… Read More »