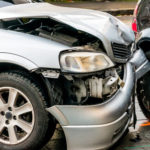 Can I Sue a Driver for Negligence If I Can’t Remember the Accident?

Following a car accident, it is important to take note of any evidence that may later help reconstruct events. If you are injured in the accident and need to file a personal injury lawsuit against a negligent driver, you will need to present evidence establishing the defendant’s culpability. Unfortunately, there may be cases where… Read More »

Tennessee residents probably have not heard about the fatal accident that took place at the Walt Disney World Speedway in Florida on April 12. A motor vehicle accident that occurred on one of the courses at the Exotic Driving Experience killed one person while another was injured. A 24-year-old driver, who is from Kissimmee,… Read More »

Reducing the risk of serious injury in a car accident

Tennessee residents are likely aware that thousands of people are killed or seriously injured in motor vehicle collisions each year. Some of these accidents are unavoidable, but many others could be prevented if the drivers involved had been more vigilant and operated their vehicles in a manner appropriate to road conditions. The occupants of… Read More »

Officers with the Tennessee Highway Patrol reported that a rear-end collision that occurred on Dec. 18 near Lovell Road killed one man and injured two others. The accident reportedly occurred just before 4:00 a.m. in the westbound lanes of Interstate 40. According to officers, a 40-year-old Knoxville man was driving a 2003 Toyota west… Read More »

On October 25, an accident that occurred on Interstate 240 killed two individuals. Other people were also injured, but media reports did not specify the amount of victims. Officials said that the fatal wreck took place during the early morning hours when a vehicle, reportedly traveling at a high rate of speed, struck a… Read More »

A 53-year-old Clarksville woman has been taken into custody following a fatal hit-and-run that occurred in the early morning hours of Sept. 22 on Tiny Town Road near Needmore Road. The 22-year-old male bicyclist who was struck was apparently traveling eastbound on the shoulder of the road around 12:15 a.m. when the woman, driving… Read More »

According to the Tennessee Highway Patrol, an 88-year-old woman was involved in a three-vehicle crash in Greene County on Sept. 7. Two women and a minor reportedly suffered injuries in the 12:50 p.m. accident, which transpired on U.S. 11E. In connection with the accident, law enforcement officials cited the 88-year-old woman with failure to… Read More »

Woman pleads not guilty to DUI, homicide charges in Tennessee

During an arraignment in Rutherford County on Aug. 19, a 33-year-old woman pleaded not guilty to charges related to a fatal accident that happened along Interstate 24 on April 10 in Smyrna. The hit-and-run crash allegedly involved intoxication, and a 13-year-old boy died after being struck while changing a tire near the highway. The… Read More »

Three people were killed and six were injured in a Tennessee collision on June 27. Reports indicated that charges were pending for the tractor-trailer accident though information was withheld about the nature of the charges and who was being charged. The accident occurred at about 1:20 p.m. near mile marker 161 on eastbound Interstate… Read More »