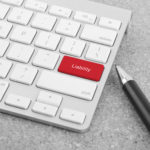 Can I Waive My Child’s Right to File a Personal Injury Lawsuit?

You can probably think of many times when a business has asked you to sign a “release” as a condition of receiving a service. Such releases are waivers of liability designed to protect the business, not you, in case something goes wrong. A release often includes a long list of terms and conditions designed… Read More » 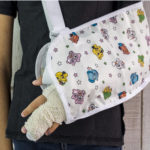 When Is a Child Legally Responsible for His Injuries? 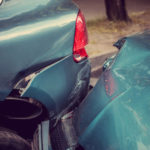 In Tennessee law, a person may be held liable for negligent entrustment if they entrust a vehicle to someone who subsequently causes a car accident and injures a third party. For example, if you loan someone your car knowing that person is intoxicated, and that person goes on to injure someone in a DUI… Read More » 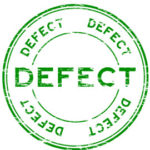 The link between the use of talcum powder and ovarian cancer continues to draw international attention. Earlier this year, two separate plaintiffs in Missouri won multi-million damage awards against Johnson & Johnson, the leading U.S. distributor of talcum powder, which the company has long marketed as a feminine hygiene product. And now a new… Read More »

In a personal injury case, a victim’s damages are not necessarily limited to medical bills and other costs arising from the immediate physical injury. Damages may also be available for the long-term economic harm suffered by the victim, including any life changes arising from the original injury. Tennessee courts have long recognized the importance… Read More »

There has been a notable increase in the number of recalls issued by car manufacturers in recent years. Unfortunately, just because a recall is announced, that does not mean that defective vehicles are fixed right away. Even with strict oversight (and massive fines) from federal regulators, manufacturers continue to allow defective products on the… Read More »

How Can Bankruptcy Affect My Personal Injury Lawsuit?

If you have been seriously injured in a car accident, you understandably want to hold the negligent parties responsible. But a personal injury lawsuit can be complicated by the defendant’s financial situation. A defendant with little or no assets may attempt to use bankruptcy to avoid paying any judgment. Bankruptcy Discharges Most Judgments Unlike… Read More »

When Is a Forced Arbitration Agreement Unenforceable in Tennessee?

Many Tennessee Titans fans likely cheered the recent news that a federal appeals court in New York had rejected New England Patriots quarterback Tom Brady’s efforts to overturn his four-game suspension by the NFL. But the story behind the Brady case should give pause to anyone who has ever dealt with a nursing home… Read More »

Many workers have suffered serious, life-threatening illnesses while working at energy facilities throughout Tennessee, such as the U.S. Department of Energy’s Oak Ridge National Laboratory located near Knoxville. In recent years, nearly two dozen illnesses have been reported by energy and atomic workers, including cancer, lung disease, and hearing loss. Unfortunately, holding companies responsible… Read More »