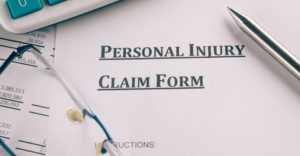 In a personal injury case, a victim’s damages are not necessarily limited to medical bills and other costs arising from the immediate physical injury. Damages may also be available for the long-term economic harm suffered by the victim, including any life changes arising from the original injury. Tennessee courts have long recognized the importance of such damages in fully compensating a victim.

Here is a recent example from a case that originated in Blount County, Tennessee. The plaintiff in this case is a man in his early 40s. One day, the plaintiff and his wife visited a grocery store in Maryville, Tennessee. After using the store’s restroom, the plaintiff stood and lost his balance. He grabbed a handrail next to the toilet. Unfortunately, the handrail “pulled away from the wall,” and the plaintiff fell and hit his head.

This head injury proved to have long-lasting effects. The plaintiff has suffered from “uncontrollable migraines accompanied by severe nausea or vomiting” since his original head injury, even years after the fact. Migraines often leave victims highly sensitive to bright lights. Here, the plaintiff said he was forced to abandon his pursuit of a career in television production—he was seeking a college degree in science and communications prior to his head injury—because he could no longer work around the bright lights that are commonly used in that industry. The plaintiff also said he had difficulty driving in extremely bright conditions.

The plaintiff ultimately sued the owner of the grocery store where he suffered his head injury. He alleged the defendant’s “failure to fix the improperly secured handrail” in its restroom was the proximate cause of his head injury. A jury ruled in favor of the plaintiff and awarded him $350,000 in damages, which the judge reduced to $250,000.

The defendant still appealed the lower award—seeking a further reduction to $100,000—but the Tennessee Court of Appeals affirmed the judgment as modified by the trial judge. In an August 31 opinion, the appeals court said there was “material evidence supporting the award” of damages. Specifically, the court noted that the plaintiff “changed his course of study and abandoned an approximate 14-year career in the field of television and video production as a result of the accident.” And even though the plaintiff was able to find employment in a different field, “he continues to suffer from debilitating migraines” that affects his daily living.

Have You Suffered a Traumatic Brain Injury?

A Knoxville traumatic brain injury attorney can advise you of your legal options in pursuing a personal injury claim. Contact the offices of Fox, Farley, Willis & Burnette, Attorneys at Law, in Clinton or Knoxville if you need to speak with a lawyer right away.