How Does a “Household Exclusion” in My Car Insurance Policy Work? 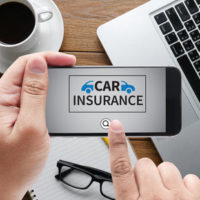 Many Tennessee auto insurance policies contain language known as a “household exclusion” or “family exclusion.” The purpose of such language is to prevent a person from seeking insurance benefits following a car accident caused by another household or family member. In theory, this prevents “collusion” among family members who might seek double-recovery under two different policies. But it is often the case that insurance companies try to exploit these exclusions as loopholes to avoid paying legitimate claims.

Judge Finds Woman Renting a Room Not a “Household” Member

The Tennessee Court of Appeals recently rejected one such attempt. This case arises from a fatal 2013 motorcycle accident in Shelby County. The victim was a passenger on a motorcycle owned by her friend. The motorcycle “hit a pothole and veered out of control,” according to court records, killing the driver and seriously injuring the victim. She subsequently sought benefits under the driver’s auto insurance policy.

The insurer rejected the claim, however, citing the household exclusion language in the policy. Specifically, the policy said the insurer would not provide coverage “for bodily injury or property damage to any covered person or any person residing in the covered person’s household.” At the time of the accident, the victim was renting a room in the driver’s house.

The insurance company sued the victim and the driver’s estate, seeking a declaration from a Shelby County court that it was not liable for the victim’s injuries under the household exclusion. The judge determined the victim was not, in fact, a member of the driver’s “household,” and therefore the exclusion did not apply. The insurer appealed, but the Court of Appeals affirmed the Shelby County court’s decision.

As the Court of Appeals explained, there are a number of factors Tennessee courts use in deciding whether someone is a member of a “household” as defined in these types of insurance policies. In this case, although the victim and the driver were friends, and the former rented a bedroom from the latter, there was “no evidence of any other relationship between them,” i.e., they were not a romantic couple. The insurer argued the victim only paid a $200 per month for the room, but the Court of Appeals said this was still “economically beneficial to both parties” and demonstrated they “lived together as a matter of economic expediency and not in any sense as a family.” Accordingly, the Court of Appeals said the insurer was obligated to “defend or pay claims” filed by the victim against the driver’s estate.

It is a good idea to periodically review your own insurance policies and take note of any household or family exclusions that might affect you or others down the line. And if you have been in a car accident, it is important to consult with an experienced Knoxville car accident attorney who help you deal with a reluctant insurance company looking to avoid responsibility. Contact the offices of Fox, Farley, Willis & Burnette, Attorneys at Law, to schedule an appointment with someone right away.