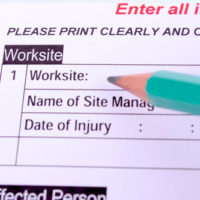 Obtaining workers’ compensation benefits is a struggle for many Tennessee employees. Although the law is designed to provide no-fault benefits to injured workers, some employers balk at paying for legitimate medical expenses incurred as the result of on-the-job injuries. When this happens, the employee must make the effort to force the employer’s hand in court, which requires a significant investment of time and resources.

Consider this recent workers’ compensation appeal. The plaintiff in this case was originally injured approximately 14 years ago, when she was hurt while moving a utility cart at work. The injury itself was quite serious. The plaintiff required surgery on her right shoulder and additional treatment from multiple healthcare providers.

In 2004, the plaintiff sued her employer and its insurance company to recover workers’ compensation benefits. As is often the case with such lawsuits, the parties eventually agreed to a settlement. This occurred in 2008. As part of the settlement, the employer and its insurer agreed to pay any “reasonable and necessary future medical expenses” arising from the plaintiff’s original injury.

But some 12 years later, in 2016, the plaintiff returned to court, asking for an order holding the employer and insurer in contempt and “compelling” them to pay for additional medical treatment. Specifically, the plaintiff said the defendants refused to pay for a procedure recommended by her treating physician, as well as an evaluation of her home to see if modifications related to her condition were necessary. A judge granted the motion, noting that under Tennessee law, there is a “presumption of correctness afforded to the opinion of the authorized treating physician” when it comes to determining what medical benefits are necessary. Given that the treating physician here was the only doctor who examined the patient, the judge said his recommendation was sufficient.

This led to a formal order, issued in February 2017, compelling the payment of medical benefits. The judge declined to hold the defendants in contempt, however, and put off a decision on whether the plaintiff was entitled to attorney fees and courts costs related to her motion to compel. The judge later issued a separate order awarding the plaintiff $1,200 in legal fees.

Not content to let things stand, the employer and its insurer appealed this award of fees. And the Tennessee Supreme Court Special Workers’ Compensation Appeals Panel ultimately reversed the trial judge’s ruling on this issue. The Panel explained that despite the opinion of her treating physician, the law required her to offer additional evidence of the “causal link between the requested medical benefits and her injury.” The award of fees was therefore not justified. As for whether or not the plaintiff was even entitled to the medical benefits themselves, the Panel said that issue was “moot,” as the defendants “voluntarily authorized” the previously disputed payments.

A work-related injury may require months or years of future medical care. To ensure your employer awards you all of the benefits you may be entitled to under the law, it is a good idea to work with an experienced Clinton workers’ compensation attorney who understands the system. Contact the offices of Fox, Farley, Willis & Burnette, Attorneys at Law, to speak with a lawyer about your case today.