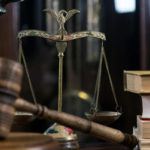 Mesothelioma is a deadly form of lung cancer caused by exposure to products containing asbestos. While great strides have been made since the 1980s in reducing the public’s exposure to asbestos, mesothelioma remains a serious public health problem, particularly because victims may not develop the disease until decades after their initial exposure. And when… Read More » 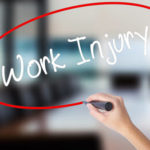 Many Tennessee workers are exposed to hazardous working conditions, such as toxic exposure to dangerous chemicals, and develop significant medical problems as a result. Such workers may be entitled to workers’ compensation or civil damages through a personal injury lawsuit. A key to collecting damages, however, is proving that an employee’s injuries were actually… Read More »

WORLD CANCER DAY: REMEMBERING OUR LOVED ONES STRIKEN BY CANCER.

February 4 each year is set aside to reflect on those we know and love who have suffered from cancer.  Today is World Cancer Day.  We mourn for those who have been lost to such a terrible disease and we celebrate those that have survived. Above all, we pledge to fight on against the… Read More »