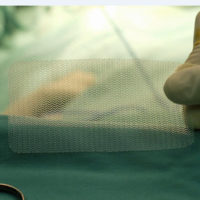 Patients who are injured by a defective medical device may have multiple grounds for seeking damages against the negligent manufacturer. For example, there may have been a defect in the production of the specific device you received, or there may be a more general flaw in the overall design. Your doctor may also not have been properly notified of the potential risks of using the device on you. Depending on the given facts of a case, a judge may allow you to proceed with a product liability claim based on some or all of these arguments.

Each state’s laws also work somewhat differently when it comes to dealing with dangerous medical devices. Recently, a federal judge in Louisiana dismissed part of a lawsuit brought against the manufacturer of a popular form of hernia mesh under that state’s laws. But the judge also said the plaintiff could proceed with particular claims related to an alleged failure to warn, as well as a special type of consumer-protection injury only recognized in Louisiana.

The underlying facts of the case are not complicated. The plaintiff required surgery three years ago to repair a hernia. As part of the procedure, the plaintiff’s doctor implanted an artificial hernia mesh made from polypropylene. This specific hernia mesh is produced by C.R. Bard, Inc., who is the principal defendant in this case.

The plaintiff’s complaint alleged Bard’s design of the hernia mesh he received was defective under the Louisiana Products Liability Act for four reasons:

And while the judge said the plaintiff could not support an allegation for breach of express warranty under Louisiana law, he did find there was a plausible claim for “redhibition,” which is a civil action unique to Louisiana. Redhibition is similar to the “lemon laws” common in other states, except that it applies to any type of defective product, not just motor vehicles. If the plaintiff can prove redhibition at trial, he would be entitled to collect damages for the cost of the defective hernia mesh and any associated economic injuries.

Defective medical device litigation is rarely simple. There may be multiple laws–and multiple state’s laws–involved. This is why it is important to work with an experienced Tennessee hernia mesh attorney who understands how to handle complex litigation. If you have been injured due to defective hernia mesh, contact the offices of Fox, Farley, Willis & Burnette, Attorneys at Law, to schedule a consultation today.