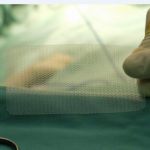 Patients who are injured by a defective medical device may have multiple grounds for seeking damages against the negligent manufacturer. For example, there may have been a defect in the production of the specific device you received, or there may be a more general flaw in the overall design. Your doctor may also not… Read More »

Do Talcum Powder Manufacturers Have a “Duty to Warn” Women About Ovarian Cancer Risks?

For several decades scientists have been researching the link between women’s use of talcum powder and ovarian cancer. While government regulatory agencies have yet to declare such a link exists, that has not prevented juries in states like South Dakota and Missouri from holding the manufacturers of talcum powder—notably Johnson & Johnson, the world’s… Read More »

Product liability is usually associated with events like car accidents, where a defect in the manufacturer’s design either causes or aggravates a victim’s injuries. But what about cases where a person is injured while operating a vehicle designed and manufactured for the government? A recent decision by a federal judge in Tennessee addressed such… Read More »