Do I Still Have to Prove Damages–Even When It’s Obvious the Other Driver Caused the Accident? 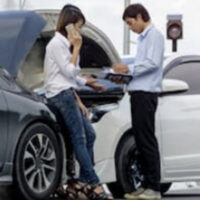 Even when the other driver is at-fault for your car accident, that does not mean a court will necessarily award whatever damages you seek. You still need to actually prove the existence and amount of those damages. Obviously, it can be difficult to precisely measure something intangible like “pain and suffering.” But you still need to provide the court with some evidence from which a judge or jury can reasonably assess your losses.

An April 29 decision from the Tennessee Court of Appeals, Marsh v. Lowe, helps to illustrate what we are talking about. This case involved a plaintiff who actually sued a negligent driver and won at trial. But she was dissatisfied with the actual amount of damages awarded.

This case began with a car accident on I-75 in Anderson County. One of the defendants rear-ended the plaintiff. The plaintiff subsequently sued the driver and the owner of the other car for negligence. Although the defendants filed an answer denying the allegations in the plaintiff’s complaint, they apparently failed to take any other action in response to the lawsuit. The defendants neither responded to the plaintiff’s discovery requests nor appeared at a hearing on the plaintiff’s motion for summary judgment on the issue of liability.

At that hearing, the judge granted the plaintiff’s motion, finding the uncontested evidence showed the defendants were liable for causing the accident. A few weeks later, the defendants asked the judge to set aside its prior summary judgment order. The judge declined to do so, and awarded the plaintiff $5,000 in damages for her pain and suffering “immediately after the accident.” The judge did not award any further compensation, because the plaintiff failed to provide any “expert testimony” demonstrating that she suffered a “permanent disability,” or proof of any damage to her vehicle.

On appeal, the plaintiff argued the judge “improperly disregarded” his own prior ruling on summary judgment in awarding so little in damages. The plaintiff had asked for $125,000 in damages in her original lawsuit. As she saw it, since the judge found the defendants liable to the accident, she was entitled to the full amount of those requested damages.

Not so, the Court of Appeals said. Based on the trial record, the appeals court said the plaintiff “did not try to prove her damages, particularly past medical expenses, by any means other than her own word.” For example, she did not offer any testimony from her doctors. Indeed, she was apparently the only witness at the hearing. Given this lack of supporting evidence, the Court of Appeals said a $5,000 award was not “grossly inadequate.”

Proving a defendant’s negligence is just the first step in winning a personal injury lawsuit. It is equally critical to present evidence fully demonstrating the injuries you sustained in an accident. An experienced Clinton car accident attorney can assist you in preparing the strongest possible case for damages in these situations. Contact the offices of Fox, Farley, Willis & Burnette, today to schedule a free consultation with a member of our personal injury team.