Can My Employer Reassign Me to a Lower-Paying Job to Avoid Workers’ Compensation? 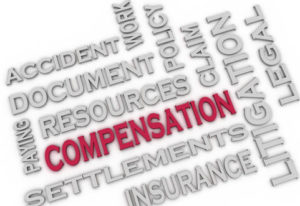 Court Finds Sales Commissions Did Not Make Up For Lost Wages

A recent decision by the Special Workers’ Compensation Appeals Panel of the Tennessee Supreme Court illustrates how judges determine whether an employee has had a meaningful return to work. The plaintiff in this case worked for a building restoration company. The plaintiff specifically worked as a crew chief, a position that included both managerial tasks and physical labor.

One day the plaintiff had gone to a nearby warehouse store to pick up some supplies. While at the store, he got into an accident that injured his left arm. Upon returning to work, the plaintiff reported his injury to the employer’s human resources director, who referred him to a clinic.

Approximately six months later, the plaintiff required surgery to repair the damage to his arm. Even after the surgery, the plaintiff’s doctor informed the employer that the plaintiff had a permanent “medical impairment of 9 percent in the left upper extremity, which translates to 5 percent to the body as a whole.” The plaintiff had also injured his other shoulder in a workplace accident that occurred between the first accident and his surgery. As a result of all this, he could only return to work under certain medical restrictions.

The employer reassigned the plaintiff from his prior job as a crew chief to a “sales and marketing” position. The employer also changed the terms of the plaintiff’s compensation. Instead of receiving $14 per hour in his prior job, he now received a base salary of $500 plus sales commissions. Unfortunately, the plaintiff was later fired from that job after an altercation with his supervisor.

The employer appealed, but the Workers’ Compensation Appeals Panel affirmed the trial judge. The panel noted this case was “complicated” by the fact the employer switched the employee from an hourly wage to a salary-plus-commission position. In his prior job, the panel noted the plaintiff earned $560 for a standard 40-hour week plus any applicable overtime pay. And while his “actual earnings” in his sales job were approximately $650 per week, he was not guaranteed any sales commissions or overtime pay. Since the plaintiff was only guaranteed a $500 base salary in the sales job, the panel concluded his actual “wage” for purposes of the workers’ compensation law was lower than his pre-injury compensation of $560 per week. Therefore he did not make a “meaningful return to work” as defined by law.

Workers’ compensation cases often turn on highly fact-specific inquiries into an injured employee’s relationship with his or her employer. This is why it is critical to seek the assistance of a qualified Knoxville workers’ compensation attorney who understands these types of cases. Contact the offices of Fox, Farley, Willis & Burnette, Attorneys at Law, if you need help today.