Can I Sue the City for Hazardous Conditions on Public Property? 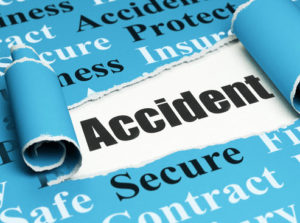 When private property owners fail to correct a known dangerous or hazardous condition on their premises, they may be liable for any personal injury sustained by an innocent third party. A similar rule applies in Tennessee to property owned by state and local government agencies. While the government is normally immune from personal injury lawsuits, the Tennessee legislature has waived immunity for any injury caused by a “dangerous or defective condition” in any “public building, structure, dam, reservoir or other public improvement” under a government entity’s control.

A recent Tennessee Court of Appeals decision examined the scope of this waiver. The plaintiffs in this case own a professional medical practice in Nashville. Behind the parking lot of the plaintiffs’ office building is a storm basin owned by the Metropolitan Government of Nashville and Davidson County. The basin drains into a combined stormwater and sewage line.

On several occasions, the plaintiffs said sewage backed up out of the storm basin and into their parking lot—and even flooded their offices. In one instance, the plaintiffs were actually treating patients when sewage came into the office, creating an “unsanitary condition.” Several attempts by Metro Water, the authority responsible for the storm basin, failed to alleviate the problem.

The plaintiffs sued the Metro government, alleging the storm basin constituted a “dangerous or defective condition” that caused damage to their own property. A trial court dismissed the plaintiffs’ complaint. The Court of Appeals reinstated some of the plaintiffs’ claims, however, and returned the case for trial.

The appeals court noted the trial judge found the combined stormwater-sewage line behind the plaintiffs’ office was “overtaxed,” and combined with the storm basin created a “dangerous condition.” The Metro government argued its decisions regarding sewer maintenance were protected by sovereign immunity. The Court of Appeals disagreed, stating a failure “to correct a dangerous condition in the combined line does not qualify as a discretionary decision.”

Turning to the specific incidents alleged by the plaintiffs, the Court of Appeals said the Metro may be liable for two flooding incidents that took place in 2009. The government was not liable for a flooding incident in 2007—because the plaintiffs filed their claim after the statute of limitations expired—or damage resulting from the 2010 Tennessee Floods, which the court classified as an “Act of God.” And with respect to the two 2009 incidents, the Court of Appeals said the trial court would need to consider the Metro’s argument that the plaintiffs’ decision to build an addition to their office was a contributing factor to the flood damage.

Premises liability cases, even against private property owners, often involve complex questions of both fact and law. An experienced Tennessee personal injury lawyer is therefore an invaluable ally. If you have been injured due to a private or public property owner’s negligence and need advice on how to proceed, contact the offices of Fox, Farley, Willis & Burnette, Attorneys at Law, in Clinton or Knoxville today.