Can I Collect Workers’ Compensation If I Just Quit My Job? 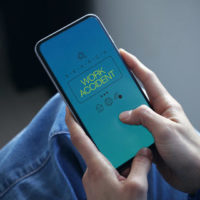 Tennessee workers’ compensation covers employees who are injured in the course of their employment. To give a simple example, if you fall at work and break your leg, your employer is responsible for paying your medical expenses and lost wages regardless of who was at fault for the accident. But your employer is not responsible for a similar injury that occurs outside the scope of the employment relationship–say, when you are returning home after leaving the office.

But what about a scenario where you have quit your job–or even been fired–and are injured while exiting the workplace? Does your now-former employer still owe you workers’ compensation? The Special Workers’ Compensation Panel of the Tennessee Supreme Court recently examined just such a case and ruled in favor of the employee.

The employee later sought workers’ compensation benefits, alleging she was injured in the fall. She confirmed that she had quit her job but nonetheless maintained she was still eligible for benefits. The state’s Workers’ Compensation Appeals Board sided with the employer, however, holding the “employment relationship ended before the employee fell.”

But the Supreme Court disagreed. Noting there was no prior Tennessee case on this specific issue, the Court looked to how other states addressed this subject. In the majority of states, the Court explained, judges found that “a terminated employee who sustains injuries while leaving the premises within a reasonable time after termination of the employment is deemed to have suffered a compensable injury” for purposes of workers’ compensation. The Supreme Court here decided this rule made sense here and was consistent with existing Tennessee law regarding workers’ compensation.

Accordingly, the employee’s injury was covered by workers’ compensation as she was “leaving the work site” and the “injury occurred within a reasonable time after termination of her employment.” The Court emphasized it was not establishing a one-size-fits-all definition of what constitutes a “reasonable time,” but whatever it may be, the employee in this case did not “exceed” it.

Although workers’ compensation is designed to be a “no-fault” system, employers often deny or dispute claims if they think they have a plausible argument that an injury occurred outside the scope of employment. This is why if you are hurt in an on-the-job accident, you should speak with an experienced Knoxville workers’ compensation attorney who can help explain the law to you in this area, and if necessary intervene on your behalf with an employer that is shirking its legal obligations. Contact the offices of Fox, Farley, Willis & Burnette, Attorneys at Law, to schedule a consultation today.