Will Store Surveillance Video Help or Hurt My Slip and Fall Claim? 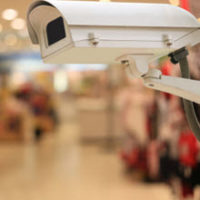 In any type of accident case, it is important to gather as much evidence as possible from the scene. In a car accident, for instance, you should try and take photos of the vehicles right away to help document any property damage. Similarly, if there is any video footage of what happened, that can prove invaluable to a plaintiff attempting to prove a defendant’s liability in court.

Video surveillance footage, or a lack thereof, is often critical to winning a premises liability cases. Consider the classic “slip and fall” case. A customer slips on a puddle of water in a supermarket shopping aisle. Most stores maintain constant video surveillance, so they likely have video of the accident and the events leading up to it. Assuming the store owner does not try to destroy or improperly manipulate the footage, such video may also show the owner had “actual or constructive” notice of the spill, which is the threshold to trigger legal liability under Tennessee law.

Here is a recent case on point. The plaintiff was shopping at a Wal-Mart in Chattanooga. While walking past a display case she “slipped and fell in a puddle of liquid on the floor,” according to court records. The plaintiff later testified there was no “WET FLOOR” or other warning signs in the area. After returning home, the plaintiff discovered she sustained injuries in the fall, which eventually prompted her premises liability claim against Wal-Mart.

Before the trial court, Wal-Mart moved for summary judgment, essentially claiming the plaintiff had no evidence that the store knew there was a spill in the aisle prior to the plaintiff’s accident. In support of its motion, Wal-Mart presented the judge with surveillance footage from its in-store cameras. Although the video covered the time frame of the accident, the actual fall could not be seen because the plaintiff was obstructed by a display case.

But the judge observed that the video also did not show any Wal-Mart employee “walking near the area before the Plaintiff fell.” This is important because the plaintiff’s personal injury claim is predicated on Wal-Mart having “constructive” knowledge of the spill–i.e., they should have discovered it through reasonable inspection of the premises. The video itself was too short–only about 13 seconds–to show whether or not Wal-Mart failed to properly inspect the area. And that proved fatal to the plaintiff’s case. Since she could not present any further evidence to establish constructive liability, the judge said Wal-Mart was entitled to summary judgment.

Many personal injury claims fail because of a failure to gather or preserve all of the relevant evidence following an accident. This is why you need to contact a qualified Sevierville personal injury attorney as soon as possible following an accident. At Fox, Farley, Willis & Burnette, Attorneys at Law, we know how to build a case and deal with defendants who may be reluctant to turn over valuable evidence. Call us today to schedule a free consultation.