When Is “Lay Person” Testimony Admissible in a Personal Injury Case? 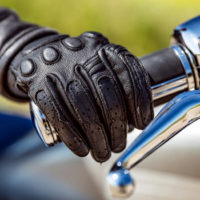 In many personal injury cases, expert testimony is necessary to establish certain facts for the judge or jury. For example, if a plaintiff alleges a car accident was the result of a defect in the design of the vehicle, an expert witness would probably be needed to explain the principles of automotive manufacturing. A “lay person” would not possess such knowledge based solely on firsthand experience.

But not every case calls for expert testimony. And when a judge improperly excludes admissible lay testimony, that can negatively affect an injured victim’s ability to seek justice.

For instance, the Tennessee Court of Appeals recently reversed a Polk County judge’s decision to grant summary judgment to the defense in a personal injury case arising from an October 2012 motorcycle accident. The plaintiff was riding his motorcycle down a portion of State Highway 315 that had been recently paved.

The plaintiff’s lawsuit alleged the rear tire of the motorcycle “slid on a patch of loose gravel” as the plaintiff approached a curve in the road, which caused him to lose control of the vehicle and crash. The plaintiff sustained serious injuries in the accident.

The plaintiff subsequently filed a personal injury lawsuit, naming the State of Tennessee and the contractor it hired to repave the road as defendants. Essentially, the plaintiff alleges the loose gravel came from the paving project itself, and the defendants were negligent in not noticing or correcting the hazard. The defendants moved for summary judgment before the trial court, arguing the plaintiff could not provide sufficient evidence to support his allegations.

In response, the plaintiff submitted two affidavits from non-expert laypersons. The first affidavit came from another motorcyclist involved in a similar accident at the same location as the plaintiff’s crash. The witness said he also encountered an “unexpectedly large amount of loose gravel.”

The second affidavit was filed by the plaintiff’s granddaughters. They visited the accident scene shortly a week after their grandfather’s crash and took pictures of the roadway. They noted there was loose gravel the “same color and consistency as the new asphalt” and that it “appeared to be from the paving job.”

The defense successfully moved to exclude both affidavits as evidence before the trial court. But the Court of Appeals said both affidavits were, in fact, admissible as lay testimony. The appeals court said expert testimony was “not necessary to determine whether the gravel on the road came from the paving project,” as “[g]ravel and asphalt paving are familiar concepts in our society.” And the layperson affidavits here were “based on personal observation of the gravel and previous experience with newly paved roads,” rather than specialized scientific or technical knowledge.

Personal injury cases often hinge on the quality and strength of the available evidence. It is therefore critical that a trial court not exclude any admissible evidence that may help a victim’s case. If you need assistance from an experienced Clinton motorcycle accident lawyer in pursuing your own car or motorcycle accident-related claim, contact Fox, Farley, Willis & Burnette, Attorneys at Law, today.