When Is a Property Owner Liable for Failing to Clear Ice or Snow Following a Storm? 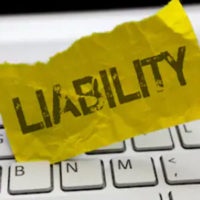 The question of when a property owner is legally responsible for an accident that occurs on its premises is often difficult to answer. As a basic rule, Tennessee courts have said a premises owner must first have “actual or constructive” notice of a dangerous condition that actually exists on the property. To put this another way, you cannot sue a property owner based on their failure to anticipate a potential hazard, such as a snowstorm. But you can bring a personal injury claim if the owner failed to act within a reasonable time to correct an existing hazard.

A recent decision from the Tennessee Court of Appeals, Lack v. Saint Thomas Rutherford Hospital, provides a helpful illustration. This case involves a woman who was injured in a slip-and-fall accident that occurred in a hospital parking lot.

On the morning of March 6, 2015, the plaintiff went to the defendant’s hospital to witness the birth of her grandchild. The previous day, March 5, middle Tennessee was hit bit a substantial winter storm that left several inches of snow and ice on the ground. However, there was no visible snow or ice in the parking lot when the plaintiff parked her car and entered the hospital.

About 12 hours later, the plaintiff returned to her car. Several hours earlier–around 6 or 7 p.m.–the outside temperature dipped back below the freezing mark. The plaintiff then slipped and fell on a patch of ice in the parking lot, causing a fracture of her kneecap.

The plaintiff subsequently sued the defendant, alleging it was negligent in failing to address the dangerous condition of its parking lot, i.e., the refreezing of the ice. The defendant denied liability. A trial judge in Rutherford County agreed with the hospital and granted its motion for summary judgment.

The Court of Appeals, however, partially reversed that decision. The appeals court agreed with the hospital and the trial judge that property owners “do not have a duty to prevent possible accumulations of snow or ice.” That said, there was a legitimate dispute “regarding what steps, if any, [the defendant] took to remove accumulated ice.” In particular, there was conflicting testimony as to whether the hospital contractor performed an effective de-icing procedure on the parking lot after the ice started to refreeze in the afternoon of March 6. For that reason, the Court of Appeals said summary judgment was not appropriate, and it returned the case to the trial court for further proceedings.

You should never assume that just because you are injured on someone else’s property that the owner is liable for your damages. This is why you should speak with a qualified Nashville personal injury lawyer who can review the facts of your particular case and advise you on how to proceed. Contact the offices of Fox, Farley, Willis & Burnette, today to schedule a free, no-obligation consultation with a member of our legal team.