What Happens When There Is a Disagreement Over the Facts Surrounding an Accident? 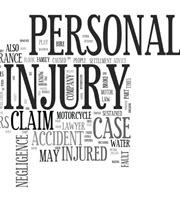 Not every personal injury case makes it to trial. In some cases, a judge may decide to issue a summary judgment in favor of one party. Summary judgment is basically designed to more quickly dispose of cases where the “material facts” are not in dispute.

But when the court identifies material facts that are in dispute, summary judgment is not appropriate. To illustrate what we mean, consider this recent decision from the Tennessee Court of Appeals, Emert v. Millennium Taxi Service, LLC. The plaintiff in this case is a locomotive engineer with Norfolk Southern. One morning, he took a taxicab van owned by one of the defendants to work.

According to the plaintiff, as he exited the van, the vehicle’s door suddenly shut on his leg. This seriously injured the plaintiff’s hip and ultimately required him to undergo surgery. The plaintiff subsequently filed a personal injury lawsuit against the taxicab owner and multiple related defendants, alleging the driver’s “negligently” caused the van door to shut prematurely.

Before a trial judge in Bradley County, the defense moved for summary judgment, arguing the plaintiff “failed to present direct evidence and/or sufficient circumstantial evidence” to show the taxicab driver did anything wrong. The defense maintained the door’s sudden closing was “unexplained” and that it was just as likely the plaintiff’s own actions caused the door to shut suddenly as it was anything the driver did.

The trial judge apparently agreed with the defendants’ reasoning and granted the motion for summary judgment.

But the Court of Appeals reversed. It noted that based on the testimony of both sides during discovery, there were two buttons that controlled the door of the taxicab van: one next to the driver, and the other in the passenger area. The driver testified she did not activate her button; similarly, the plaintiff denied using the passenger-side button. Who opened the door was therefore a disputed material fact, making summary judgment inappropriate at this stage of the litigation.

It is important to note the Court of Appeals did not express any views on the merits of the case, i.e., which side’s testimony was more persuasive. That is an issue a jury must decide, as it involves weighing the relative credibility of each witness. By prematurely granting summary judgment, the trial judge effectively usurped the role of the jury, thereby depriving the plaintiff of his day in court.

Get Legal Advice from a Tennessee Accident Attorney

It is not unusual for an accident to come down to a “he said/she said” dispute as to what happened. This is why it is so important to work with a qualified Gatlinburg personal injury lawyer with experience in handling such cases. If you have been injured in any type of accident and need immediate legal advice, contact Fox, Farley, Willis & Burnette, Attorneys at Law, to schedule a free initial consultation today.