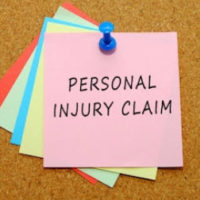 In personal injury litigation, third parties may possess valuable information that can help prove (or disprove) a plaintiff’s allegations. Under normal circumstances, either party to the case may ask the court to issue a subpoena for such information, assuming it is not protected by some specified legal privilege. For example, the defendant in a lawsuit cannot subpoena copies of a plaintiff’s correspondence with their attorney, as that is protected by attorney-client privilege.

A recent ruling from a federal judge in Nashville highlights another, lesser-known privilege. In this ongoing lawsuit, Lofgren v. Polaris Industries, Inc., a West Point cadet was injured while driving a military vehicle during a formal training exercise at Fort Campbell, which is located on the Tennessee-Kentucky border. The plaintiff subsequently filed a personal injury lawsuit against the defendant, who is the vehicle’s manufacturer.

As part of its own inquiry into the accident, the U.S. Army commissioned two separate reports. The first report, known as an AR 15-6, is specifically designed to examine “all the facts and circumstances surrounding mishaps, as well as to obtain and preserve all available evidence for use in litigation.” This report was disclosed in its entirety to both the plaintiff and the defendant.

The second report is called an AR-385-10, and it reflects the conclusions of the Army’s “safety investigation” into the accident. The Army would only provide the parties to the lawsuit with redacted (censored) copies of this report, citing “military safety privilege.” This is a legal privilege asserted by the Department of Defense to ensure the “confidentiality” of any information provided to the military with respect to a safety investigation. Basically, the Army wants to ensure that it is able to quickly understand the cause of an accident without fear of how any individual disclosure might affect civil litigation down the road.

In this case, the defendant sought access to an unredacted copy of the AR-385-10. A federal magistrate denied this request, upholding the Army’s claim of safety privilege. On review, the district judge overseeing the case largely agreed with the magistrate.

The judge explained this case is unique because apparently, the defense already has an unredacted copy of the AR-385-10, although the court noted this disclosure was not “authorized or proper.” So the issue here was not whether the defense had the right to “discover” the report; rather, it was whether the defense could actually use the unredacted information as part of the litigation. The judge said no, as that would effectively defeat the Army’s legitimate exercise of privilege. However, the judge did rule three specific redacted sentences should be disclosed to the plaintiff, as they were not covered by privilege.

Disagreements over the disclosure of evidence are common in all types of personal injury lawsuits. An experienced Nashville personal injury attorney can assist you in working to helping to ensure any such disputes are resolved in your favor. Contact the offices of Fox, Farley, Willis & Burnette, Attorneys at Law, if you need to speak with a lawyer today.