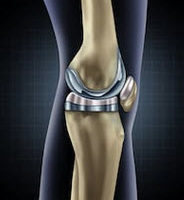 A knee replacement is major, life-altering surgery. So if something goes wrong due to a defect in the replacement device, it can have a substantial, negative impact on the quality of life for both the patient and their family. And the manufacturer responsible for producing such defective medical devices can be held responsible via a personal injury lawsuit.

Of course, knee replacement manufacturers rarely admit liability and will make every effort to keep a victim’s case from ever reaching a jury. For example, a federal judge in Pennsylvania recently denied a motion filed by Arthrex, Inc., the manufacturer of the iBalance knee-replacement system, to dismiss a lawsuit filed by a woman who allegedly received two defective devices.

As it turned out, Arthrex had issued a voluntary recall for many of its knee implants back in December 2015, which was after the plaintiff received her first iBalance but before her original surgeon replaced it was the second device. The plaintiff said neither Arthrex nor her surgeon notified her of this recall or indicated there was any defect in the iBalance devices themselves. She maintained she only learned something was wrong when the second surgeon notified her in 2018.

This is an important detail, because Arthrex based its motion to dismiss in part on Pennsylvania’s statute of limitations, which is normally two years for these type of personal injury claims. Arthrex argued the two-year clock started to run in June 2016, when the original surgeon replaced the first iBalance with the second device. At that point, the defense maintained the plaintiff had to have realized there was a problem with the knee replacement device. But as explained above, the plaintiff insisted she did not “discover” the problem until June 2018.

At this stage in the litigation, the judge overseeing the case accepted the plaintiff’s complaint at face value, i.e., that she honestly did not realize the iBalance was defective until the second surgeon informed her in 2016. This puts the plaintiff’s 2018 complaint within the two-year window. Arthrex may still attempt to prove as the case proceeds, however, that the plaintiff could have reasonably discovered the problem earlier than 2018.

Time is never on your side when it comes to personal injury litigation, particularly against well-funded medical device manufacturers. That is why you should speak with a qualified Knoxville personal injury lawyer as soon as you suspect you have been injured as the result of a dangerous or defective medical device. Contact the offices of Fox, Farley, Willis & Burnette, Attorneys at Law, to schedule a free consultation with a member of our team today.