What Happens If a Volunteer Is Injured While Working on My House? 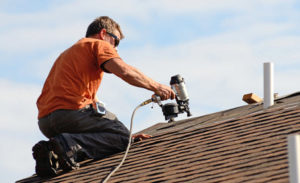 Many of us enjoy doing our own home repair and home improvement projects. Some of us go so far as to build our own homes. If you take this course of action, it is important to be aware of the potential legal risks you might incur if you hire other people to assist you and they sustain a personal injury on your property.

A recent Tennessee Court of Appeals decision addressed this very subject. The defendants are a father and daughter. The father gave his daughter several acres of land to build a home. In addition, the father “offered to assist my daughter in the construction of her home in view of her limited budget.”

The father did not have any formal education or experience in construction. While he hired subcontractors to perform certain work on the property, much of the construction was handled by the father and numerous volunteers. The plaintiff was one of those volunteers. He was a longtime co-worker of the father. The plaintiff had recently installed a metal roof on his own house, and he offered to assist the father with installing similar roofing on the daughter’s house.

On the day in question, the father and the plaintiff were working on the roof with several other volunteers. At some point, the plaintiff fell off the roof. He suffered severe injuries, including a broken neck, multiple vertebra and skull fractures, and a collapsed lung. Neither the parties nor any of the other volunteers present know what led to the accident. For his part, the plaintiff said he woke up two weeks after the accident in a rehab facility, having no memory of what had happened.

Before the trial court, the plaintiff presented an affidavit prepared by a professional home builder. The homebuilder reviewed the evidence and said that in his expert opinion, the father “essentially acted as the general contractor” on his daughter’s house and therefore “was responsible for the safety of the persons entering the site and working on the home.” The homebuilder further noted the father failed to maintain “appropriate safety control for the job site in question, including safety devices,” which are especially important when installing metal roofing that is “very slippery.”

Despite the expert’s opinion, the trial judge granted summary judgment to the father and daughter, holding they “did not breach a duty” owed to the plaintiff. On appeal, the Court of Appeals reversed and returned the plaintiff’s complaint for trial. The appeals court said the “defendants’ use of volunteers to install the roof gave rise to a duty for defendants to act with reasonable care” for the volunteers’ safety. Now, it may be that the plaintiff shares some fault for the accident as well, but the appeals court said that was a matter for a jury to resolve.

If you have been injured while working on someone else’s property, you may be entitled to compensation from the owners if they failed to observe the applicable legal duty of care owed to you and other invitees. A qualified Knoxville personal injury lawyer can assess you situation and advise you of your legal options. Contact the offices of Fox, Farley, Willis & Burnette, Attorneys at Law, if you need to speak with someone today.