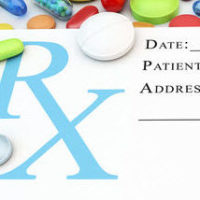 Even when a drug is approved as safe and effective for sale in the United States, manufacturers must still take steps to ensure their products are accurately labeled. This includes disclosing any known potential side effects or contraindications that would make the drug dangerous–even fatal–for certain patients and treatment situations. Unfortunately, far too many drug companies try to skirt these obligations, and it is the patients who suffer as a result.

There are a number of lawsuits currently pending throughout the country against Boehringer Ingelheim Pharmaceuticals, Inc. (BI), the manufacturer of the popular blood thinner Pradaxa. On May 31, 2018, a federal judge presiding over one of these cases denied most of BI’s motion for summary judgment in one such lawsuit, which was brought by the estate of a woman who died in her 80s while taking Pradaxa.

The victim suffered from an irregular heartbeat. This condition often leads to the development of blood clots, which can travel into the brain and cause a stroke. Indeed, the victim’s doctor in this case said she was at “high risk of stroke.”

Doctors initially prescribed Coumadin, another kind of prescription blood thinner. Because of the risk of uncontrolled bleeding with this particular drug, the victim required “frequent monitoring” according to court records. Eventually, the victim grew weary of the inconvenience of such monitoring and learned about Pradaxa, which performs a similar function to Coumadin, from a television commercial.

The victim’s doctor agreed to switch her to Pradaxa. To make a long story short, after about 18 months on the drug, the victim started to suffer from severe, uncontrolled internal bleeding. At one point she required surgery, but this significantly weakened her. The victim died a few months later.

The estate’s subsequent lawsuit against BI focused on Pradaxa’s label. According to the lawsuit, BI knew that “certain blood plasma concentrations of Pradaxa increased the risk of a major bleed without contributing any additional stroke prevention benefit.” This risk was actually disclosed on labels for Pradaxa in Europe, but not the United States at the time of the victim’s care. BI also knew that patients should not take Pradaxa if they also use P-gp inhibitor drugs, which the victim here did. And while BI later altered its label to include this information, it did not directly inform doctors of the risk.

Based on all this, the judge presiding over the case ruled the estate presented sufficient evidence to submit the question of BI’s liability for “failure to warn” to the jury. BI protested that at the relevant time, Pradaxa contained a general warning that the drug “can cause serious and, sometimes, fatal bleeding.” But whether or not this was an “adequate” warning given what BI allegedly knew, but failed to disclose on the original U.S. label, will be for the jury to decide.

Have You Been Hurt by Pradaxa? We Can Help

Drug companies often try and rely on vague, non-specific warnings to avoid responsibility for marketing a dangerous or defective product. If you or a loved one have been injured by such negligence and need to speak with a qualified Tennessee Pradaxa lawyer, contact the offices of Fox, Farley, Willis & Burnette, Attorneys at Law, to schedule a free consultation.