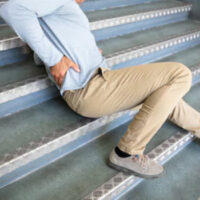 Many personal injury lawsuits involve more than one defendant. It is typically left to a jury to apportion fault among multiple defendants (and in some cases, even the plaintiff). But an appellate court may find there is insufficient evidence to support the jury’s apportionment in a given case.

Take this recent decision from the Tennessee Court of Appeals, Day v. Beaver Hollow L.P. The plaintiff in this case lived in an apartment building in Washington County, Tennessee. One day, the plaintiff returned home from work. There had been winter weather affecting the area all day, and there was ice and snow on the ground. While the walkways near the plaintiff’s apartment building had been cleared, the parking lot was not. And as the plaintiff exited her van, she slipped and fell on an icy patch, injuring her leg.

The plaintiff subsequently filed a personal injury lawsuit, naming both the owner and management company for the building as defendants. A jury ultimately determined that the management company was 50 percent responsible for the accident, and the owner 1 percent. (The plaintiff was also found 49 percent responsible.) The jury also awarded the plaintiff about $1.2 million in compensatory damages and another $1.4 million in punitive damages.

On appeal, the Court of Appeals rejected the jury’s verdict with respect to the property owner’s 1-percent liability. Based on the evidence presented at trial, the appeals court said the trial judge should have entered a directed verdict for the owner. The mere fact someone owns a property does not automatically establish their liability for an accident that occurs on the premises. Rather, the plaintiff must show the owner exercised “actual control” over the premises.

Here, the appeals court said the “uncontroverted evidence” showed the management company had full day-to-day responsibility for overseeing the apartments. The owner was a “passive” entity that had no employees on-site. For all intents and purposes, the management company was the “landlord,” and it had sole responsibility for keeping the premises safe.

The more parties that are involved in a personal injury case, the more complex the task of allocating fault. This is one reason you need to work with an experienced Knoxville personal injury lawyer who understands how to handle these cases. If you have been injured in an accident and need legal advice, contact the offices of Fox, Farley, Willis & Burnette, today to schedule a free consultation.