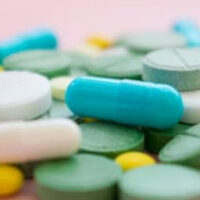 In Tennessee, there are different laws governing different types of personal injury claims. For instance, if you have been injured due to a negligent act by a healthcare provider, you can file a medical malpractice lawsuit under the Tennessee Health Care Liability Act (THCLA). On the other hand, if your injury was the result of a dangerous or defective drug, you can sue the manufacturer or distributor under the Tennessee Products Liability Act (TPLA). Each statute has its own requirements and provisions.

In a recent decision, Heaton v. Mathes, the Tennessee Court of Appeals addressed the “interplay” between the THCLA and TPLA with respect to pharmacists. In this case, a man sued his pharmacist, alleging that he failed to properly warn him about the risks associated with one of his medications. The appeals court had to sort out whether or not the pharmacist (and his employing pharmacy) could rely on a provision of the TPLA as a defense, even though the man filed the lawsuit under the THCLA.

The specific drug involved was Victoza, which is prescribed to treat type-2 diabetes. The plaintiff is a diabetic. His doctor prescribed Victoza. About a year later, the plaintiff was hospitalized for “acute pancreatitis, sepsis, and acute respiratory failure.” The plaintiff said he was told his condition was the result of using Victoza.

The plaintiff and his spouse later sued a number of parties, including the manufacturers of Victoza, his doctor, and the pharmacy and pharmacist who filled the prescription. With respect to the pharmacy defendants, the plaintiff alleged that they “failed to notify” him of a 2015 warning that explained “the risk of developing acute pancreatitis with Victoza’s use and instructed observation of symptoms and discontinuance of Victoza if pancreatitis was suspected.”

As noted above, the plaintiff sued the pharmacy defendants under the THCLA. In other words, the plaintiff treated this as a medical malpractice case. The pharmacy defendants, however, insisted this was a “failure to warn” claim covered by the TPLA. And under that statute, there is what is known as a “seller shield.” Basically, this means that you cannot file a product liability claim against the seller of a drug, such as a pharmacy, unless one or more statutory exceptions applies. For example, a seller can be held liable if it “exercised substantial control” over the design of a product or “gave an express warranty” to the consumer.

In this case, however, the Court of Appeals said the TPLA and the seller shield did not apply. The TPLA is clearly a product liability statute, the court noted, while the THCLA “applies to all health care providers, including pharmacies and pharmacists, without limitation based on any type of product seller immunity.” And since this case is rooted in a health care provider’s failure to act, the plaintiff can proceed with his case on those grounds.

There are a number of overlapping personal injury laws in Tennessee. Figuring out which ones apply–or do not apply–to a particular case requires expert legal knowledge and experience. So if you have been injured due to a dangerous or defective drug and need advice from a qualified Knoxville dangerous drug & defective medical device attorney on what steps to take next, contact the offices of Fox, Farley, Willis & Burnette, today to schedule a free consultation.