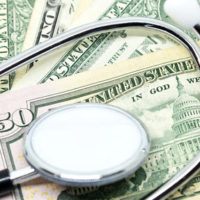 Recently we discussed the Tennessee Supreme Court’s ruling on the application of the collateral source rule in personal injury cases. This rule comes up in cases where an injured plaintiff submits evidence of their medical expenses. Some defendants argue that the jury should only consider evidence of “unreimbursed” medical expenses–i.e., what the victim actually pays after accounting for any insurance payments. But the Supreme Court held that such evidence runs afoul of the collateral source rule. And the Court was unwilling to abolish or alter the rule itself.

More recently, the Tennessee Court of Appeals held in a pair of cases this same prohibition on presenting discounted medical bills equally applied to personal injury claims made against the State of Tennessee or any of its municipal subdivisions. When someone is injured due to the negligence of a public employee, they must seek damages from the Tennessee Claims Commission.

Under the Tennessee Claims Commission Act, the state or municipality can only be held liable for “actual damages” sustained by the claimant. In other words, you cannot seek punitive damages against the state. But the question the Court of Appeals addressed in these two cases was, Does “actual damages” refer to original or insurance-adjusted medical bills of the claimant?

Both cases involve car accidents caused by state employees driving government-owned vehicles. The Claims Commission ruled for the victims in each case using their unadjusted medical bills as the basis for assessing actual damages. In the first case, two claimants presented medical bills exceeding $260,000, which the state claimed was only about $65,000 after taking health insurance payments into account. Similarly, the two claimants in the second case had unadjusted medical bills of approximately $16,000, which the state argued should have been reduced about $4,000 due to insurance.

The Court of Appeals agreed with the Claims Commission that the state could not cite evidence of insurance payments to challenge the claimants’ medical bills. Writing in the first case, the appeals court rejected the state’s position that the language of the Claims Commission Act abrogated (overruled) the common-law collateral source rule, as recently affirmed by the Tennessee Supreme Court. While the term “actual damages” is not defined in the Act, the Court of Appeals noted, this refers to the broader category of “compensatory damages” available to personal injury victims and is not limited to the “actual amounts paid” by said victims for their medical care.

Pursuing a personal injury claim is never as simple as you initially expect. Such claims are definitely more complicated when they involve a state agency, as there are highly specific procedures that must be followed to the letter. If you are involved in a car accident with anyone, whether a public or private employee, and need assistance in assessing the employer’s potential liability, you should speak with the experienced Pigeon Forge personal injury lawyers at the offices of Fox, Farley, Willis & Burnette, Attorneys at Law. Contact us today to schedule a free initial consultation.