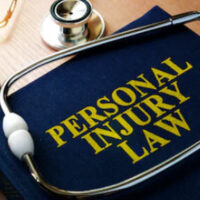 For example, in medical malpractice cases, there is a one-year statute of limitations. In many cases, this means the plaintiff must file their lawsuit within one year of the act of malpractice itself. But it is not uncommon for the plaintiff to discover the malpractice until sometime after the act. If that is the case, the one-year clock does not start to run until the date of discovery.

Now, there are two exceptions to the statute of repose. If the malpractice involves “fraudulent concealment” by the defendant or a “foreign object” left in the plaintiff’s body, then the one-year discovery rule still applies.

Keep in mind, the “fraudulent concealment” exception imposes a burden on the plaintiff, not the defendant. That is, the plaintiff must have evidence of such concealment. Otherwise they cannot proceed with a claim that would otherwise be barred by the statute of repose.

A recent decision from the Tennessee Court of Appeals, Tucker v. Iveson, provides a useful illustration. In this case, the plaintiff saw the defendant, a nurse practitioner, for treatment for a “bad cough.” The defendant prescribed medication. What the defendant neglected to mention, according to the plaintiff, was that a known side effect of the medication was tendonitis.

The Court of Appeals rejected the plaintiff’s attempt to invoke the “fraudulent concealment” exception to keep the two co-defendants in the case. The main problem was that the co-defendants, allegedly the nurse practitioner’s supervisors, were never made aware of the malpractice until they were served with the lawsuit. They had no knowledge of the prescription she issued or her failure to warn the plaintiff of the side effects. The Court of Appeals noted that under Tennessee law, fraudulent concealment requires the defendant be “aware of the wrong.”

If you suspect you might have any type of personal injury claim, it is important to act quickly to preserve your rights under Tennessee law. An experienced Knoxville personal injury lawyer can provide you with professional advice and representation in these matters. Contact the offices of Fox, Farley, Willis & Burnette, to schedule a free consultation.