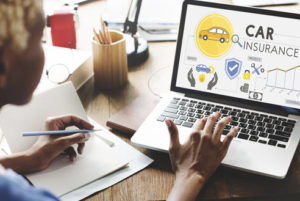 Last year we discussed a Tennessee Court of Appeals decision holding that uninsured motorist coverage was not available to a policyholder injured by the driver of a rental car. The Tennessee Supreme Court has now weighed in, reversing the Court of Appeals and reinstating the accident victim’s complaint. This is welcome news for all Tennessee residents who rely on uninsured motorist coverage to protect them if they are injured in a car accident.

The facts of the case are relatively straightforward: The plaintiff owns a bar. He refused to serve a visibly intoxicated patron (the defendant). A few moments later in the bar’s parking lot, the defendant drove his car into the plaintiff’s knee. At the time of the incident, the patron was driving a rental car.

The UM carrier argued the defendant’s rental car was not an “uninsured” vehicle under Tennessee law, because the rental car company was a “self-insurer.” The plaintiff’s insurance policy expressly excluded coverage for such vehicles. On that basis, the trial court and the Court of Appeals granted summary judgment to the UM carrier. The Supreme Court then agreed to hear the plaintiff’s appeal.

Traditionally, uninsured motorist coverage laws do not apply when a vehicle’s owner has certified that it has sufficient assets to cover any potential liability—in other words, the law does not treat a vehicle as “uninsured” just because it is “insured through the assets of the owner rather through a policy of insurance issued to the owner by an insurance company,” the Supreme Court explained.

The problem here, according to the Court, was that the specific language used in the plaintiff’s UM policy was “ambiguous.” The policy defines an “uninsured motor vehicle” as including one “owned or operated by a self-insurer under any applicable motor vehicle law, except a self-insurer which is or becomes insolvent.” But the policy does not say what the “applicable” laws are. This alone renders the language ambiguous, according to the Court, and requires an examination of the policy in a broader legal context.

The Supreme Court’s decision means that uninsured motorist carriers cannot hide behind a rental vehicle’s status to avoid paying legitimate claims presented by policyholders. If you or a loved one have been injured in a car accident and need help from an experienced Knoxville personal injury lawyer in dealing with an insurance company, contact the offices of Fox, Farley, Willis & Burnette, Attorneys at Law, today.