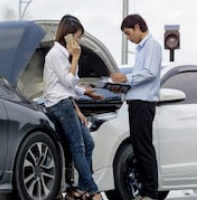 When it comes to personal injury claims arising from car accidents, a Tennessee court requires proof of “causation”–that is, evidence directly linking the accident to the victim’s injuries. In many cases this requires expert medical testimony, particularly when the injuries are more complex than, say, a mere cut or abrasion. And any expert evidence offered in court must meet certain legal standards established by the Tennessee appellate courts.

Surgeon’s “Speculation” Insufficient to Tie Back Surgery to Accident

In rare cases, an appellate court may decide a trial judge improperly admitted expert evidence and throw out a jury verdict. This is exactly what the Tennessee Court of Appeals did in a recent case, Brown v. Echols, where it reversed a $250,000 jury verdict in favor of a car accident victim.

The crux of State Farm’s objections to both witnesses was that the surgery itself was not related to the accident. Indeed, the surgeon himself “never testified that the treatment he provided to [the plaintiff] was a result of the motor vehicle accident.” The trial judge agreed to restrict the scope of the surgeon’s testimony, allowing the plaintiff room to argue the accident “exacerbated” a pre-existing back injury that led to the surgery.

The jury ultimately ruled in favor of the plaintiff and ordered the defendant to pay $250,000 in damages, which included $235,000 for the plaintiff’s “loss of earning capacity.” On appeal, State Farm argued this verdict was tainted by the expert evidence described above, which the trial court should have excluded.

The Court of Appeals agreed with State Farm. Noting that the “trial court itself appeared to initially recognize that there was no competent proof linking the motor vehicle accident involving [the defendant] with [the plaintiff’s] surgery,” the appeals court said the trial still allowed the jury to hear the surgeon’s complete “deposition testimony,” which included an extensive discussion of the surgery. And while the surgeon “speculated that the accident ‘may have’ played a role” in aggravating the plaintiff’s pre-accident back problems, such speculation was “not sufficient to establish causation.” The Court of Appeals therefore vacated the jury’s verdict and ordered a new trial.

Personal injury claims often turn on the admissibility of key evidence. An experienced Clinton car accident attorney can review the evidence in your case and provide you with professional legal advice on how best to proceed. Contact the offices of Fox, Farley, Willis & Burnette, Attorneys at Law, to schedule a free consultation with a member of our legal team today.