Can I Sue the Negligent Driver’s Insurance Company Directly Following a Car Accident? 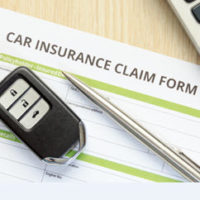 Tennessee is what is known as a “fault” state when it comes to auto accidents. So if you are injured in an accident due to another driver’s negligence, the driver who is at-fault must pay for your damages. From a practical standpoint, this usually means the negligent driver’s insurance company will pay you, up to the limits of the policy. But Tennessee does not permit “direct action” against insurance companies by third parties. That is to say, you cannot simply file a personal injury lawsuit directly against the other driver’s insurance company.

Here is an example of what we’re talking about. In a recent federal case, Jacoway v. Travelers Company, a Tennessee accident victim, representing himself without the assistance of a personal injury lawyer, attempted to bring a direct action against not only an insurance company but also its chief executive officer (CEO). The judge ended up dismissing the case, first because the court lacked personal jurisdiction over the New York-based CEO, and second because of Tennessee’s prohibition against third-party direct actions.

According to the plaintiff’s lawsuit, he was driving through Chattanooga one day in July 2013 when another vehicle coming from the opposite direction entered his lane and forced him off the road. The plaintiff said his vehicle then “struck a rock and tree on the side of the road,” causing injury to himself. The plaintiff maintained the other driver’s negligence–specifically the fact he was texting while driving–led to the accident.

U.S. District Judge Pamela L. Reeves granted the defendants’ motion to dismiss in a February 13 opinion. She noted the out-of-state CEO was not subject to the “personal jurisdiction” of courts in Tennessee, as he was not a party to either the accident or the insurance contract. As for the purported breach of contract, Judge Reeves explained that while it was “remotely conceivable that [the plaintiff] is an intended third-party beneficiary” of the negligent driver’s insurance contract, the plaintiff needed to first establish he actually had a judgment against that driver. In other words, the plaintiff should have sued the driver, not his insurance company. Unfortunately, it was too late for the plaintiff to do that, as the one-year statute of limitations on personal injury claims expired back in 2014.

This appears to be a case where an accident victim decided to handle his own case and lost badly. Litigation is never something you should attempt on your own. Instead, you need to work with an experienced Knoxville car accident lawyer who can guide you step-by-step through the process. So if you have been injured in any type of motor vehicle accident and need immediate assistance, contact the offices of Fox, Farley, Willis & Burnette, Attorneys at Law, today.