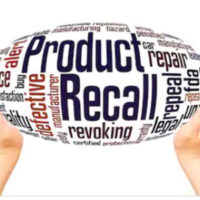 Manufacturers have a legal and ethical duty to recall dangerous and defective medical devices from the market. Ideally, such recalls are accomplished before any patient is seriously injured or killed by the device. Unfortunately, that is not always the case.

On June 23, 2019, Teleflex Incorporated announced a “worldwide recall of certain lots of Hudson RCI Sheridan Endotracheal Tubes.” These are products used to perform oral and nasal intubations in order to help doctors manage a patient’s airways. The recalled products in this case were distributed between October 2016 and May 2019.

This is considered a Class I recall by the U.S. Food and Drug Administration (FDA). This means the FDA has determined there is a “reasonable probability that the use of or exposure to” the affected products “will cause serious adverse health consequences or death.” In other words, health care providers are expected to immediately cease using the products subject to a Class I recall.

Indeed, the risk of death from continued use of the recalled Teleflex endotracheal tubes is not mere speculation or excessive caution on the part of the FDA. According to Reuters, there have been “reports of four deaths” tied to the RCI Sheridan device. And in its recall notice, Teleflex acknowledged the defective units have been seen “disconnecting from the breathing circuit,” which can deprive a patient of oxygen and ultimately lead to death.

Altogether, Teleflex said it “received 179 complaints” tied to the RCI Sheridan tubes, with at least 192 occurrences of disconnection from the breathing circuit.

Issuing a recall notice is simply the first step towards getting dangerous and defective medical devices off the market. Individual health care providers, wholesalers, and other companies that purchased the defective units are responsible for inspecting their own inventory and making any necessary returns.

But if you are a patient who has already been injured by a defective product–or the family member of someone because of the defective product–you should also seek independent legal advice from a qualified Clinton defective medical device lawyer. An attorney can review the facts of your specific case and help you decide whether it is appropriate to take legal action against the manufacturer.

There are two things to keep in mind here. First, the mere fact the device manufacturer has issued a recall does not automatically mean they will be found liable in your case. Like any personal injury claim, the plaintiff has the burden to prove the defendant did something wrong.

Second, and conversely, the mere fact the device manufacturer has issued a recall does not automatically mean it is immune from civil lawsuits. A recall is not a “get out of jail free” card. The manufacturer is required to issue a recall under FDA regulations. But this does not prevent individual patients or their families from taking separate legal action under state law.

In any case, if you need to speak with someone about a potential defective medical device claim, contact the offices of Fox, Farley, Willis & Burnette, to schedule a free consultation with a Clinton personal injury attorney today.