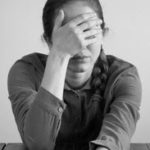 Most gun-related deaths in the United States are suicides rather than homicides. According a 2015 report in the New York Times, “More than 60 percent of people in this country who die from guns die by suicide.” In addition, a majority of successful suicides are committed using a gun. Given these sobering figures, it… Read More »

A Massachusetts judge recently issued a landmark decision holding a woman criminally responsible for sending a series of text messages that encouraged her boyfriend to commit suicide. The judge said the defendant’s “reckless and wanton conduct” directly led to the young man’s death. Defense lawyers unsuccessfully argued the deceased was suicidal well before he… Read More »