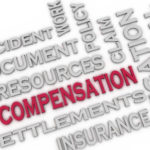 Is It Safe to Take My Child to a Tennessee Indoor Trampoline Park?

In a famous episode of the long-running comedy series “The Simpsons,” Homer Simpson acquires a used trampoline and proceeds to charge neighborhood kids admission to jump on it. Homer’s quick financial windfall turns ugly, however, as scores of children are injured on the unsafe trampoline and are eventually seen strewn about the Simpsons’ lawn… Read More »

Does the State Have a Duty to Inform You of Your Child’s Death?

Every parent fears getting a call from law enforcement or another government official informing them of their child’s death. But what happens when a parent never gets that call and spends years wondering what happened to their son or daughter? A recent Tennessee personal injury lawsuit addressed this sad question. Father Learns of Daughter’s… Read More »

If you are injured in an automobile accident, you may still recover damages against the other driver even if a court determines you are partially to blame. Historically, Tennessee courts applied the common law rule of “contributory negligence,” which meant a plaintiff could recover nothing if he or she was even 1% responsible for… Read More »

How to drive safely on wet roads

The American Auto Association has reported that rainy weather is to blame for about 1.2 million vehicular accidents annually. Tennessee drivers should be extra cautious when traveling on wet roadways. To avoid crashing during rainy weather, there are some safety points every driver should keep in mind. First, drivers should make sure their tires… Read More »

On Feb. 14, a 47-year-old Harriman man was killed and five others were hurt in a head-on collision in Roane County. The crash occurred at approximately 1:45 p.m. on Highway 70, according to the Tennessee Highway Patrol. Authorities said a 43-year-old Harriman woman was driving an SUV westbound on Highway 70 near Kingston when… Read More »

Tennessee woman speaks out about recent I-40 accident

On Friday, Oct. 3, a six-car pile-up resulted in four injuries and the death of a family of four from Kentucky. According to investigators, the accident occurred in the evening when four vehicles collided with two vehicles that were stopped in the middle lane of Interstate 40 for an unknown reason. A Tennessee woman… Read More »

Learning that a loved one has been injured in a motor vehicle accident is frightening and tragic. Of course, the accident victim may also experience high levels of emotional distress, along with physical pain and suffering as a result of the auto accident. One person, unfortunately, is going through this difficult ordeal after being… Read More »

A three-car crash has killed one man and caused two other drivers to require hospital treatment. The multiple-vehicle auto accident has resulted in the death of the driver that police believe may have caused the wreck. The fatal accident occurred during the busy morning commute on a recent morning in Tennessee. Police reports have… Read More »