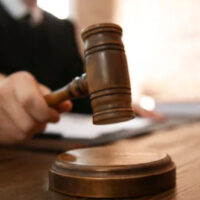 On the morning of October 23, 2014, a 13-year-old middle school student in Shelby County, Tennessee, walked to his bus stop. The bus was supposed to arrive at 7:35 a.m. But as it turned out, the drive was running several minutes earlier, and came and went from the stop before the student arrived.

When the student realized that he had missed the early bus, he returned home to get his bicycle. While subsequently riding his bike to school, a truck driver struck the student. The student sustained serious injuries in the accident.

The student’s parents subsequently filed–and settled–a personal injury lawsuit against the truck driver. The parents also sued the school district. They alleged its negligence contributed to the accident. Specifically, the parents argued that the bus driver’s failure to adhere to the published schedule caused their son to miss the bus and forced him instead to ride his bicycle to school.

The case eventually made its way to a federal jury. The jury agreed with the parents that the school district was negligent. But when apportioning overall fault for the accident, the jury determined the district was 16 percent responsible, while the parents were 56 percent responsible. (The remaining 28 percent was assigned to the truck driver.) Under Tennessee law, this meant the parents could not recover any damages, as they were more than 50 percent at-fault.

The parents appealed the final verdict to the U.S. Sixth Circuit Court of Appeals. The appeal centered on two decisions made by the trial judge. The first was to exclude from evidence a copy of the school district’s employee handbook. The second was to prevent an expert witness retained by the parents from testifying.

On August 11, 2020, a divided three-judge panel of the Sixth Circuit rejected the parents’ arguments and affirmed the jury’s verdict. Judge Joan L. Larsen, writing for the majority, noted the parents had the legal burden of establishing that any error on the part of the trial court “prejudiced” their right to a fair trial. Larsen said the parents “failed to do this,” largely because despite the excluded evidence, the jury did in fact find the school district was negligent.

Of course, what the parents objected to was the “apportionment” of that negligence. Larsen explained that under Tennessee law, there are a number of factors that a jury must consider when making such an apportionment. Yet she maintained the parents never properly addressed these factors before the trial court, so they could not now raise that issue on appeal.

The dissenting member of the panel, Judge Eric L. Clay, disagreed. He said the parents “clearly argued” before the trial judge that the excluded evidence “went not only to the issue of whether [the school district] was negligent, but to how negligent it was as well.”

More to the point, Clay said the district judge’s decision to exclude the parents’ evidence was clearly mistaken. And given the jury apportioned 56 percent of the fault to the parents, that evidence could have made a critical difference in the outcome. Nevertheless, the majority’s view controls, so the parents and their child take away nothing.

Personal injury cases often turn on a handful of critical rulings made by the trial judge. This is why it is so important to work with an experienced Knoxville truck accident lawyer who will zealously represent your interests in court. Contact the attorneys at Fox, Farley, Willis & Burnette, today to schedule a free consultation with a member of our personal injury team.