Reuters: Johnson & Johnson Knew of Asbestos in Talc for Decades 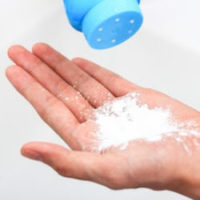 On December 14, Reuters published a lengthy report based on an analysis of court documents filed in the mesothelioma cases. According to Reuters, these documents show that “from at least 1971 to the early 2000s, the company’s raw talc and finished powders sometimes tested positive for small amounts of asbestos, and that company executives, mine managers, scientists, doctors and lawyers fretted over the problem and how to address it while failing to disclose it to regulators or the public.”

Concerns Dated Back to the 1950s

Reuters said Johnson & Johnson first discovered the presence of asbestos fibers in its Italian-based talc supply sometime in the late 1950s. At the time, the company saw asbestos as an “abrasive” that would affect the quality of its baby powder. The company later found “traces” of asbestos in one of its Vermont talc mines in the 1960s. This prompted a Johnson & Johnson executive to write a memo to a company doctor in 1969 suggesting the presence of small amounts of asbestos-containing tremolite fibers in talc was normal and asking, “How bad is Tremolite medically, and how much of it can safely be in a talc base we might develop?”

Although this executive seem unconcerned about the health risks, Reuters noted even the company’s then-CEO, Robert Wood Johnson II, said there was legitimate “concern over the possibility of the adverse effects on the lungs of babies or mothers,” of asbestos in talcum powder. And in response to the memo itself, the doctor advised the executive to speak with legal counsel as it “is not inconceivable that we could become involved in litigation.”

In 1971, Reuters said researchers at Mount Sinai Medical Center began looking into the connection between talcum powder and patients who developed mesothelioma despite having no workplace exposure to asbestos. The researchers ultimately told the federal government that “two unidentified brands of cosmetic talc appeared to contain asbestos.” This prompted the U.S. Food and Drug Administration (FDA) to open its own investigation into Johnson & Johnson.

The company’s response, according to Reuters, was to admit there was “evidence that their talc contains less than 1%, if any, asbestos,” while at the same time lobbying for less-stringent regulatory standards. Reuters said that in 1975, Johnson & Johnson “pressed the FDA to approve an X-ray scanning technique” for talc samples that would allow for “an automatic 1 percent tolerance for asbestos.”

Reuters said one FDA official at the time thought that proposal was “foolish,” noting, “No mother was going to powder her baby with 1 percent of a known carcinogen irregardless of the large safety factor.”

Shares of Johnson & Johnson stock fell 10 percent following the publication of the Reuters report. The company decried the report as a “conspiracy theory” and continues to deny its substance. Meanwhile, thousands of mesothelioma-related claims remain pending.

If you believe your cancer may be the result of using Johnson & Johnson’s baby powder, it is imperative you speak with a qualified attorney as soon as possible. Contact Fox, Farley, Willis & Burnette, Attorneys at Law, at 866-862-4855 to schedule a free consultation with a member of our legal team today.