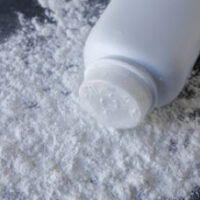 Normally, when you file any kind of personal injury lawsuit, you have the right to decide where your case should be heard. Of course, there are exceptions to this general rule. The person you sue–the defendant–may have the right to seek resolution in a different court under certain circumstances. In some cases, a court may even invoke a legal rule known as “forum non conveniens” to move a lawsuit to a different state–or even a different country.

The concept behind forum non conveniens is that it would be more convenient for the parties to litigate in another jurisdiction. Of course, what the defendant considers “convenient” may not be so for the plaintiff. That is why American courts are hesitant to invoke the rule over the objections of a plaintiff who has valid reasons for keeping their lawsuit in the United States.

A recent decision from a New York State judge helps to illustrate this point. The plaintiff in this case is a widower. His wife died in January 2019 from malignant mesothelioma, a type of cancer commonly associated with exposure to asbestos. In recent years, there have been a number of lawsuits linking asbestos to commercially available talcum powders. Here, the widower alleged his wife was exposed to asbestos while using various talc-containing products manufactured by Estée Lauder Inc. (ELI)

ELI sought to dismiss the lawsuit on grounds of forum non conveniens. ELI argued the widower’s case should be heard in either England or South Africa. The plaintiff and his wife were South African nationals who relocated to England in 2017. However, the plaintiff’s lawsuit alleged that his wife regularly purchased ELI’s talcum powder from New York-based department stores during the couple’s frequent visits to New York City–approximately 45 trips made between 1987 and 2005.

Manhattan Supreme Court Justice Manuel J. Mendez disagreed and denied ELI’s motion to dismiss. (In New York State’s court system, trial judges are referred to as Supreme Court justices.) Mendez noted there would be little inconvenience in requiring ELI to defend itself in New York, as the company already maintained offices in the state. Furthermore, the alleged talc-containing products were supplied by another defendant that was also based in New York.

More to the point, neither England nor South Africa offered a more convenient forum. Mendez noted a South African court would not even hear this case, as none of the parties presently reside in that country. As for England, it is uncommon for these types of non-occupational asbestos exposure claims to be heard in that nation’s courts. Mendez also pointed out there were significant differences between the English and American legal systems–the former does not permit jury trials or allow attorneys to work on a contingent-fee basis–which would impose an undue hardship on the plaintiff. He could therefore proceed with his case in New York.

Speak with a Tennessee Talcum Powder and Asbestos Lawyer Today

Despite the well-documented connection from exposure to asbestos in talcum powder and cancer, manufacturers will still not hesitate to use every legal tactic available to them to try and keep victims and their families from having their day in court. If you find yourself in this position and need legal representation from an experienced talcum powder lawsuit attorney, contact Fox, Farley, Willis & Burnette, today to schedule a free consultation.