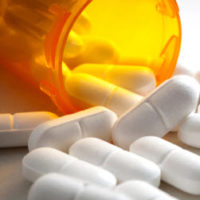 As the nationwide opioid crisis continues to claim more victims, state law enforcement officials are increasing their efforts to hold negligent pharmaceutical companies accountable. On November 13, New Jersey Attorney General Gurbir S. Grewal filed a lawsuit against Janssen Pharmaceuticals, Inc., the Johnson & Johnson subsidiary responsible for selling a number of popular opioid drugs, including Duragesic, Ultracet, Ultram, Nucynta and Nucynta ER. The Nucynta drugs are the focus of Grewal’s lawsuit, which alleges Janssen of “disseminating misleading and inaccurate statements–to both patients and prescribers–regarding the risks and benefits” of these opioids.

Janssen is based in New Jersey. Grewal filed his lawsuit in New Jersey state court, citing violations of the state’s consumer fraud and false-claim acts, as well as violations of New Jersey common law against “creation of a public nuisance.” In a public statement, the attorney general said, “Janssen helped fuel a public health crisis unlike any other our state has faced,” and he was disappointed “that so much of this misconduct took place in our own backyard.”

The 100-page complaint alleges Janssen “sought methodically to enlarge what was an appropriately narrow opioid patient profile.” Through its use of “aggressive and deceptive promotional campaigns,” the lawsuit claims Janssen and its corporate predecessors “set the groundwork for the large-scale adoption of prescription opioids by convincing prescribers and patients that pain was widely and improperly under-treated.” As a result of this campaign, the lawsuit said Janssen and other opioid manufacturers succeeded in shifting “the medical and public consensus surrounding the use of opioids.”

More precisely, the lawsuit points to a nearly 400-percent increase in nationwide opioid sales between 1999 and 2010.

With respect to the Nucynta opioids, the lawsuit alleges Janssen created an “added layer of deceptive marketing” designed to convince patients and doctors these particular drugs were “safer, milder, and less addictive” than other popular opioids, such as OxyContin. In fact, the lawsuit says these claims were patently false and that Nucynta and Nucynta ER are “addictive narcotics” with the same “potential for abuse” as OxyContin and related opioids.

Janssen has publicly denied Grewal’s allegations. In a statement to the press, the company said, “Our actions in the marketing and promotion of these medicines were appropriate and responsible.” It deemed the lawsuit’s claims “baseless and unsubstantiated.”

Janssen’s denials aside, the legal battle over opioid addiction is not ending anytime soon. Thousands of patients here in Tennessee and around the country have suffered due to the negligence of not only drug manufacturers, but also doctors and pharmacies who participated in over-prescribing schemes. If you or a loved one have fallen prey to this crisis, you need to get in touch with a qualified Tennessee dangerous drug lawyer as soon as possible. Contact the offices of Fox, Farley, Willis & Burnette, Attorneys at Law, today to schedule a free, no-obligation consultation so we can learn more about your case.