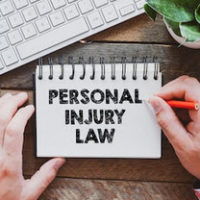 Tennessee courts follow what is known as a modified comparative fault rule in personal injury cases. Put simply, if the plaintiff is equally or more at-fault than the defendant for an accident, the defendant is not liable for any damages. There is no precise formula for apportioning fault–it ultimately depends on the facts of a given case and how the judge or jury interprets those facts.

For example, the Tennessee Court of Appeals recently upheld an unusual defense verdict in a wrongful death lawsuit arising from the shooting death of a man in Nashville. The verdict was unusual because a jury initially determined the defendant was 51 percent responsible for the fatal shooting. But after the judge ordered a new trial, a second jury decided the victim was primarily to blame.

The shooter in this case worked as a security guard for the defendant, the operator of a travel center. According to an eyewitness, a woman traveling with the victim, they stopped at the travel center around 2:30 in the morning to purchase cigars. The victim parked his car in the back of the store in an area reserved for tractor-trailers.

The plaintiff–the victim’s minor daughter–alleged the defendant was responsible for the negligent acts of its security guard. In effect, the plaintiff’s attorney argued at trial that what happened was “an intentional execution, not a fight with a tragic end.” The defense argued the security guard acted in self-defense and that the victim was the aggressor.

After the defense rested its case at the second trial, the plaintiff’s attorney sought to introduce rebuttal evidence in the form of videotaped depositions from two additional eyewitnesses who said they saw the incident and could refute the self-defense argument. The judge declined to admit this evidence. The jury then apportioned fault as follows: 63 percent to the victim, and 37 percent to the defendant. Under Tennessee law, this meant the plaintiff could not recover any damages.

The Tennessee Court of Appeals declined to disturb the second verdict. It held the trial court acted within its discretion in rejecting the rebuttal evidence. Nor did it find there were any other substantial errors that deprived the plaintiff of a fair trial.

Apportioning fault in personal injury cases is often difficult, especially when there is conflicting eyewitness testimony. This is why it is critical to work with an experienced Nashville personal injury lawyer before bringing any such claims. Contact the offices of Fox, Farley, Willis & Burnette, Attorneys at Law, if you need to speak with a lawyer about a personal injury matter today.