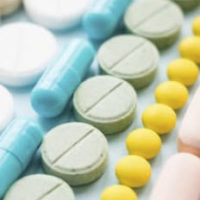 The opioid epidemic is clearly a national problem. But does that automatically mean all opioid lawsuits must be heard in federal court? After all, many of these lawsuits raise questions of purely state law. And state courts often provide a better forum for plaintiffs to present their claims to a local jury. Still, federal law permits defendants to remove–or transfer–a lawsuit from state to federal court under certain circumstances.

Recently, a federal judge in Nashville decided to remand (or return) an opioid lawsuit back to Tennessee state court. This particular case involves a lawsuit brought by five Tennessee district attorneys and a minor child allegedly born with an opioid addiction against a number of defendants. Basically, this lawsuit alleges the defendants violated the Tennessee Drug Dealer Liability Act (TDDLA), which allows a person “injured by illegal drugs” to seek civil damages against “all participants in the illegal drug market,” especially those persons and organizations that are not normally subject to criminal liability. This includes anyone who distributed or provided support for the illegal drug market.

Although the TDDLA is a state law, one of the defendants in this case, McKesson Corporation, removed the case to federal court. McKesson maintained the plaintiff’s claims “arise under federal law” as the alleged illegal activities also fall under the federal Controlled Substances Act (CSA). For example, failure to report “suspicious” opioid subscriptions is a CSA violation.

But U.S. District Judge Aleta A. Trauger decided McKesson improperly removed this particular lawsuit to federal court and granted the plaintiffs’ motion to remand. Trauger explained that while “[a]s a practical matter, Tennessee law and federal law impose overlapping prohibitions on distribution and possession of certain drugs,” that did not matter for purposes of bringing a claim under the TDDLA. All the plaintiffs need to show here is a violation of state law in order to prevail. Indeed, even if a drug were legal under the CSA, it could still be prohibited under Tennessee law and thus invoke the jurisdiction of the TDDLA.

Now, the plaintiffs’ complaint did mention the CSA in the context of alleging the defendants’ liability under the TDDLA. Tennessee law makes it illegal for anyone to dispense opioids or other controlled substances except in a manner “authorized by and consistent with the person’s professional occupational licensure or registration law.” In other words, a person who dispensed opioids in violation of the CSA or federal regulations would also violate Tennessee law in this area. But that did not convert the plaintiffs’ lawsuit here into a federal case, Trauger said.

Opioids lawsuits involve a number of complex legal and technical issues. That is why it is imperative to work with an experienced Tennessee opioid lawsuit attorney when bringing such claims. Contact Fox, Farley, Willis & Burnette, Attorneys at Law, if you need to speak with someone about your opioid case today.