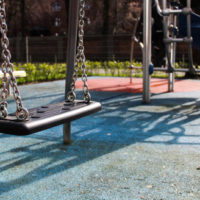 Many Tennessee children have special needs. Parents trust public schools to take such needs into account when providing necessary educational services. But when a special-needs child is injured while at school, does that mean the school district is automatically liable?

The answer is “no.” Like any personal injury claim, an injured child–or more commonly, their parents–need to prove the school breached some “duty of care” owed to the child. And this is often easier said than done. A recent decision from the Tennessee Court of Appeals offers a useful illustration.

In this case, an autistic kindergarten student was “sustained an injury to her right arm” while attending a public school in Nashville. According to the parents, after the child’s class returned from recess, she gave a “cry of distress,” indicating the fracture to her arm. But due to her autism, which limits her speech, the child was “unable to communicate the cause of her injury.” Nevertheless, the lawsuit maintains the fracture occurred while the child was under the direct supervision and care of the teacher.

Later, the parents attempted to amend their complaint to allege the injury occurred during recess on the playground. The trial judge denied permission to amend. And in fact, the judge ended up granting summary judgment to the defendants–the Metropolitan Government of Nashville and Davidson County–and dismissed the parents’ lawsuit altogether.

The Court of Appeals affirmed the trial court’s ruling. First, the appeals court noted the trial court was well within its discretion to deny the parents’ motion to amend their complaint. In fact, the trial judge previously permitted multiple amendments, and the Court of Appeals noted the parents “exhibited undue delay in seeking to amend their complaint to reflect the theory that [the child] was injured on the playground.”

Second, the Court of Appeals rejected the parents’ challenge to the credibility of an affidavit filed by the child’s teacher. In the affidavit, the teacher said that on the day in question, the child got on a playground slide and slid down it, suggesting this might have been the cause of the fracture. However, the teacher maintained the child acted “so quick that I had no time to correct her on proper playground rules.” Nor did the parents ever advise the teacher that the child “was not to be allowed on the playground equipment.” The appeals court said the trial court was permitted to accept the teacher’s statements as credible for purposes of deciding a summary judgment motion. And ultimately, the parents “failed to point to any evidence demonstrating how [the child] injured her arm or how any precaution or supervision by [the school] could have prevented the injury.”

Anytime there is an accident that injures your child or another family member, it is critical to gather as many facts as possible before heading into court. An experienced Nashville personal injury lawyer can help you in reviewing an accident and figuring out the best course of action. Contact the offices of Fox, Farley, Willis & Burnette, Attorneys at Law, at (866) 862-4855 to schedule a consultation with a member of our legal team today.