Can I Be Fined for Presenting an Incomplete Personal Injury Claim? 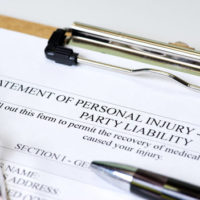 Filing a personal injury lawsuit is not something you rush into. It requires careful investigation and preparation. There are a number of legal and procedural hurdles that need to be cleared, and if a plaintiff acts rashly or without the assistance of qualified counsel, they may find themselves in a much worse situation then when they started.

Consider this recent decision by the Tennessee Court of Appeals, Akers v. Heritage Medical Associates, P.C. This is the story of a botched medical malpractice lawsuit that came back to bite the plaintiff, who apparently represented herself for most of these proceedings. The lawsuit’s underlying claim was that a physician assistant improperly performed a biopsy on the plaintiff.

To go into some additional detail, the plaintiff alleged that she went to the defendants’ medical offices to treat a rash on her wrist. The defendants directed the physician assistant to take a biopsy of the rash area and suture the “resulting laceration.” According to the plaintiff, the physician assistant “did not wash her hands, wear gloves, or use sterile medical equipment” during these procedures. The defense denied this.

Two days after the biopsy, the plaintiff went to a local emergency room after developing “flu-like symptoms” and noticing “red streaks” in the area where the biopsy had been performed. Emergency room doctors eventually diagnosed the plaintiff with a staph infection. The lawsuit maintained this infection was the direct result of the physician assistant’s negligence.

In Tennessee, it is not enough for a plaintiff to allege medical malpractice. State law requires a plaintiff to file an affidavit prepared by a qualified expert witness who can attest to the appropriate “standard of care” and explain how the defendant’s actions breached that standard. In the present case, the defense filed interrogatories demanding the plaintiff disclose her expert and their qualifications. The plaintiff responded by providing the name of the emergency room doctor who diagnosed her infection, adding his qualifications were “self-evident.”

The defense maintained the plaintiff’s response was insufficient. The trial judge agreed and ordered the plaintiff to “supplement her response.” Unfortunately, the plaintiff did not comply. After several months of delay, the judge eventually granted summary judgment to the defendants–and then took the additional step of imposing $15,000 of financial sanctions against the plaintiff.

The plaintiff appealed the trial judge’s rulings, but the Court of Appeals affirmed. The appeals court noted the plaintiff “had no evidence to prove” any negligence on the part of the defendants. Indeed, the plaintiff never obtained an expert affidavit as required by law–she simply filed her medical records from the emergency room. But that was not enough, the Court of Appeals said. And given the plaintiff “had nearly three years to gather the evidence necessary to prove her case,” the Court said there was no excuse for her failure to comply with the trial judge’s orders.

Never assume that you can just walk into court, explain your position, and win a personal injury judgment. Building a successful case, especially when it involves professional negligence, requires experience and a deep understanding of the law. If you need help from a qualified personal injury lawyer in building your own case, contact the offices of Fox, Farley, Willis & Burnette, Attorneys at Law, today.