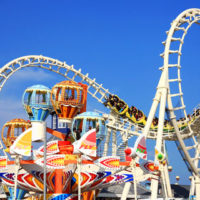 Many amusement park and amusement ride accidents are the result of improperly trained staff. Patrons trust the people operating rides to know what they are doing, especially when it comes to safety. But in too many cases, amusement operators fail to provide proper training–or even adequate staff–and the results may be catastrophic for a ride’s passengers.

For example, a Missouri appeals court recently upheld a $1.5 million jury verdict in favor of a man seriously injured while riding a “human gyroscope.” The defendant owned and operated the ride as part of a larger recreational facility, where the plaintiff was attending a fundraising event. According to the defendant’s own promotional materials, the ride–known as “The Spaceball”–is designed to operate as “a single-seat human gyroscope that inverts and rotates its rider.” To protect the rider, the Spaceball has “a harness that is locked in place with a cotter pin and secures the rider to the chair.”

The defendant apparently provided no staff to assist riders in using the Spaceball. Instead, it claimed the organization responsible for the fundraising event was supposed to provide volunteer operators–who failed to show–but the defendant itself never trained anyone in how to operate the ride or safety harness. And it allowed patrons at the fundraising event, including the plaintiff, to use the ride.

Indeed, according to the plaintiff there were two individuals that he assumed were staff who assisted him in entering the rise and securing the harness. These individuals turned out to be “bystanders” who were not affiliated with the defendant. Unfortunately, the untrained bystanders did not properly secure the harness–and as a result, the plaintiff “fell out of the Spaceball head first onto the steel flooring of the ride,” according to court records.

The next day, the plaintiff went to the hospital. Doctors diagnosed him with a joint fracture and aggravation of the plaintiff’s pre-existing degenerative disc disease. The plaintiff subsequently filed a personal injury lawsuit against the defendant.

As noted above, a jury ultimately ruled in the plaintiff’s favor. It held the defendant was 100 percent at-fault for the accident and ordered it to pay the plaintiff $1.5 million in damages. The defendant appealed.

The Missouri Court of Appeals dismissed the appeal. Among other issues, the appeals court rejected the defendant’s argument that the amount of the judgment was excessive, especially since the plaintiff had only sought between $500,000 and $750,000. The Court explained that under Missouri law, the jury was entitled to award a higher amount and that it “was in a much better position to assess the extent of pain and suffering” endured by the plaintiff than the Court itself.

During the summertime, many Tennessee residents flock to amusement parks, county fairs, and local carnivals looking for a good time. But if you sustain a serious injury on an improperly managed amusement ride, you could be facing thousands of dollars in medical bills, lost wages, and other non-economic damages. You have the right to seek compensation. Our Clinton amusement park accident lawyers can help. Contact the offices of Fox, Farley, Willis & Burnette, Attorneys at Law, to schedule a free consultation today.