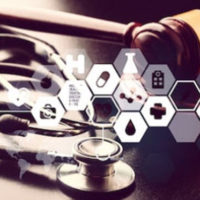 Surgical mesh is commonly used in hernia repair surgeries to reduce the chances of future complications for the patient. But in many cases, defective hernia mesh has actually caused complications. Throughout the country, thousands of lawsuits are now pending against the manufacturers of various hernia mesh products over these defects.

For example, a federal court in Louisiana recently held a man allegedly injured as the result of a hernia mesh product could proceed with a “construction or composition defect” claim against the device’s manufacturers under Louisiana law.

The plaintiff’s lawsuit states that he received a hernia repair in October 2017. During the procedure, the surgeon implanted Parietex Composite Mesh into the plaintiff’s abdomen. Initially, the surgeon attempted to use a special applicator–also made by the defendants–to attach the mesh. But when the applicator failed, the surgeon decided to place the mesh without it.

About eight months after the hernia repair surgery, the plaintiff “noticed that his stomach was protruding in the same manner it had before his surgery.” It was at this point the surgeon disclosed the applicator had failed during the original procedure. The plaintiff said the surgeon also acknowledged that he should have used a “larger mesh.” A second doctor told the plaintiff his “hernia was unfortunately protruding” and confirmed the hernia mesh had not been properly placed.

Despite the errors allegedly made by the surgeon, the plaintiff alleged in his lawsuit against the manufacturers the Pariatex Composite Mesh itself was “unreasonably dangerous” and contributed to his injuries. Specifically, the plaintiff alleged the mesh is “weak” and “known to unravel, causing the polyester fiber to detach and travel to other parts of the body inciting an inflammatory response.”

The mesh manufacturers, Covidien LP and Medtronic Inc., filed a motion to dismiss the plaintiff’s lawsuit. On May 17, 2019, U.S. District Judge Sarah S. Vance of Louisiana granted the motion with respect to all of the plaintiff’s claims except one. The surviving claim alleges a “construction or composition defect” in the mesh.

Every defective product case is unique, and there may be multiple legal avenues available for an injured patient to seek relief. An experienced Knoxville hernia mesh lawyer can review your case and offer legal advice tailored to your situation. Contact Fox, Farley, Willis & Burnette, Attorneys at Law, to schedule a free consultation with a member of our team today.