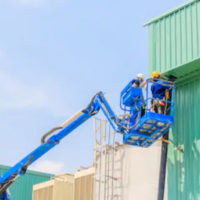 Product liability claims cover a wide range of cases involving dangerous and defective products. And it is important to understand Tennessee product liability laws do not just apply to consumer items sold on store shelves. It also applies to potentially lethal products used by individuals as part of their normal everyday jobs.

For example, a Tennessee widow recently filed a product liability lawsuit against the manufacturer of a device used by her late husband as part of his utility worker job. The widow’s lawsuit alleges a defect in the device caused her husband’s death.

While the deceased completed his work on the utility pole, the lawsuit states, the VST-471 caught fire. The deceased attempted to lower himself to a “position of safety,” but when that failed, he then jumped out of the bucket at the top of the lift. The deceased sustained “significant personal injuries” when he struck the ground and died later that same day.

The lawsuit alleges the fire that forced the deceased to effectively leap to his death was caused by the “ignition of leaking hydraulic fluid.” The VST-471 is powered by this hydraulic fluid. Consequently, the lawsuit maintains a defect in the design of the VST-471 caused the leak and thus the fatal fire.

Indeed, the lawsuit names as a co-defendant another company, O.G. Hughes and Sons, Inc., which installed the VST-471 on the decedent’s work truck. The lawsuit states the Cooperative informed O.G. Hughes of several prior hydraulic fluid leaks on the truck prior to the decedent’s accident. O.G. Hughes “attempted to repair” the leaks on multiple prior occasions but the problem apparently persisted.

The lawsuit seeks at least $20 million in damages on the grounds of negligence and strict product liability. With respect to the latter, the lawsuit alleges the VST-471 was “in a defective condition and/or was unreasonably dangerous” when it was designed and manufactured by Versalift and sold by O.G. Hughes. The plaintiff, the widow of the deceased, also presented a wrongful death claim as the surviving spouse.

Filing a lawsuit is just the first step of what is often a lengthy legal process. Product liability cases are especially complex, as they often require expert testimony to prove a plaintiff’s allegations. In other words, this is not the type of case you can win quickly or without the assistance of qualified counsel.

If you have lost a loved one due to a manufacturer’s negligence in allowing a defective product onto the market, you need to act quickly to protect your legal rights. An experienced Knoxville product liability lawyer can review your case and advise on the appropriate steps to take. Contact Fox, Farley, Willis & Burnette, Attorneys at Law, today to schedule a free consultation with a member of our team.