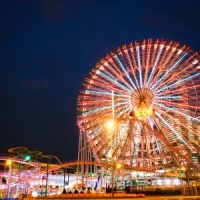 You likely already know that if you are injured in an amusement park, that the park can be liable for the injuries that the park causes to you. Often the injuries are the same as they would be in or on any typical property such as a dangerous condition being on the ground that leads to a fall, and other times the liability relates to something specific to the amusement park, such as a defect in a ride or an attraction inside the park itself.

The Use of Hold Harmless Agreements

Liability waivers are contracts, enforceable like any other contract, and as such, a party can legally sign away their right to sue an amusement park. But there are some exceptions in the law that could allow you to sue for an injury that happens at an amusement park, even if you signed one of these agreements, and especially when it comes to injuries that happen to minors.

Many properties will give hold harmless agreements to absolutely anyone who enters their property—including teenagers and those under the age of 18. Any liability waiver signed by a minor, is invalid, and cannot be enforced against the minor.

Many properties will require that a parent or guardian sign the liability waiver. But these are invalid also; a parent cannot legally sign away the rights of a minor child to sue for damages.

That’s right: the parks make parents agree that they will reimburse the amusement park for anything the park has to pay as damages, for injuring the parents own child.

Alas, these also have been held to be invalid in Tennessee, as they basically place a parent in an adversarial position to the child, something public policy greatly disfavors.

However, an amusement park can make a parent waive any medical bills that are billed to the parent, as a result of treatment rendered to the child. Of course, for a minor, the parent will always be the one billed for medical expenses the child incurs. This can sometimes create a problem, but there are ways around this as well.