Is a Homeowner Responsible for a Deck Collapse? 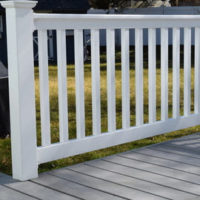 An outside deck is a great place to relax with friends. But if a deck is poorly constructed, or the homeowner fails to keep it in a safe condition, the results can be tragic. A deck collapse may instantly injury or kill dozens of people. When that happens, the victims may pursue a personal injury claim against those responsible for the deck’s unsafe condition.

“Premonition” Does Not Override Defense Evidence

But just become someone files a personal injury claim, that does not mean that Tennessee courts are always receptive. The victim of a 2008 deck collapse attempted to sue the owners of the property where the incident occurred. A trial judge, and eventually the Tennessee Court of Appeals, granted summary judgment to the homeowners.

A Davidson County judge rejected the plaintiff’s theory of negligence. In a premises liability case–that is, a claim against a homeowner related to a hazardous condition on their property–the plaintiff must prove the danger was “reasonably foreseeable” and that the defendant had the power to prevent the injury. Here, the plaintiff’s injuries “were not foreseeable by the defendants.” More specifically, the plaintiff failed to present evidence that the “dancing and jumping” of the teenagers would cause the deck to collapse.

The Court of Appeals agreed with the trial judge. The court credited the defendants’ testimony that they routinely hosted parties on their deck–with as many as 200 people–and had never had any problems prior to the collapse. The court further noted the defendants’ routinely had their deck inspected to ensure compliance with local building codes. In response, the plaintiff did not offer any contradictory expert evidence, only the testimony of another party guest who “had a premonition that something was going to happen.” The Court of Appeals said this was not enough to justify sending the plaintiff’s case to trial when the “undisputed evidence” offered by the defendants indicated they did nothing wrong.

Get Help With Your Premises Liability Claim

Even if you believe your accident is due to a homeowner’s negligence, belief is not enough to convince a judge. Premises liability cases often require expert knowledge of building codes and construction standards. Your friend having a “premonition” will not cut in Tennessee courts.

If you have been injured on someone else’s property due to their negligence, it is important you seek assistance from a qualified Knoxville personal injury lawyer. Contact the offices of Fox, Farley, Willis & Burnette, Attorneys at Law, if you would like to schedule a consultation today.