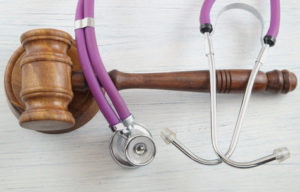 Medical malpractice law is full of traps that often ensnare unsuspecting victims. Unlike other types of personal injury claims, Tennessee forces plaintiffs accusing a health care provider of negligence to jump through a number of regulatory hoops. As a result, many malpractice victims (and their families) are effectively denied their day in court.

A recent Tennessee Court of Appeals decision illustrates how unforgiving the law can be. The plaintiff in this case is the widow of a man who passed away eight years ago following complications arising from a cardiovascular procedure performed by the defendants.

Specifically, the victim received a stent replacement to relieve a blockage in his coronary artery. Following the procedure, he had difficulty urinating. Extended treatment from the hospital’s urology department revealed the doctor punctured the victim’s femoral artery during surgery. The cardiologist had used this artery as an “access route” to insert the stent.

The victim suffered a heart attack, and while he was briefly revived and doctors repaired the femoral artery, he sustained severe organ damage. Approximately one week later, the victim was taken off of a respirator and died.

The widow sued multiple defendants for malpractice, including the cardiologist, the medical group that employed him, and the hospital. The plaintiff notified the defendants of her claim the day before Tennessee’s one-year statute of limitations expired. For some reason, the plaintiff voluntarily dismissed her claim three days into the trial, but she later refiled her complaint.

The defendants moved to dismiss this new complaint on the grounds the plaintiff failed to comply with a specific notice requirement. Tennessee law requires anyone filing a medical malpractice lawsuit to provide a “HIPAA compliant medical authorization permitting the provider receiving the notice to obtain complaint medical records from each other provider being sent a notice.”

In plain English, HIPAA is a federal law that, among other things, establishes national standards for protecting a patient’s medical records from unauthorized disclosure. This means that in a medical malpractice case involving multiple defendants, such as this one, federal law prohibits these providers from disclosing the plaintiff’s medical records to one another. Therefore, in order to give the defendants a meaningful opportunity to evaluate the merits of the plaintiff’s malpractice claim, state law requires the plaintiff to sign a form authorizing disclosure of any HIPAA-protected medical records.

Here, the plaintiff signed such an authorization when she notified the defendants of her first lawsuit. But when she dismissed and then refiled her lawsuit, she did not sign a separate authorization. Instead, she assumed the previous disclosure of medical records was adequate.

That turned out not to be the case. The trial judge dismissed the second complaint for failure to provide the required HIPAA authorization. The Court of Appeals upheld the dismissal explaining that “while the defendants had access to the deceased’s medical records after obtaining the during the initial action, they were not entitled to use those records in the present case” without the plaintiff’s authorization.

It is unfortunate that a law designed to protect a patient’s privacy rights can be used as a procedural weapon to deny his family the ability to seek justice on his behalf. But this case demonstrates how complex medical malpractice cases can be. If you need assistance from an experienced Tennessee personal injury lawyer in bringing a malpractice case, contact the offices of Fox, Farley, Willis & Burnette, Attorneys at Law, in Knoxville or Clinton today.